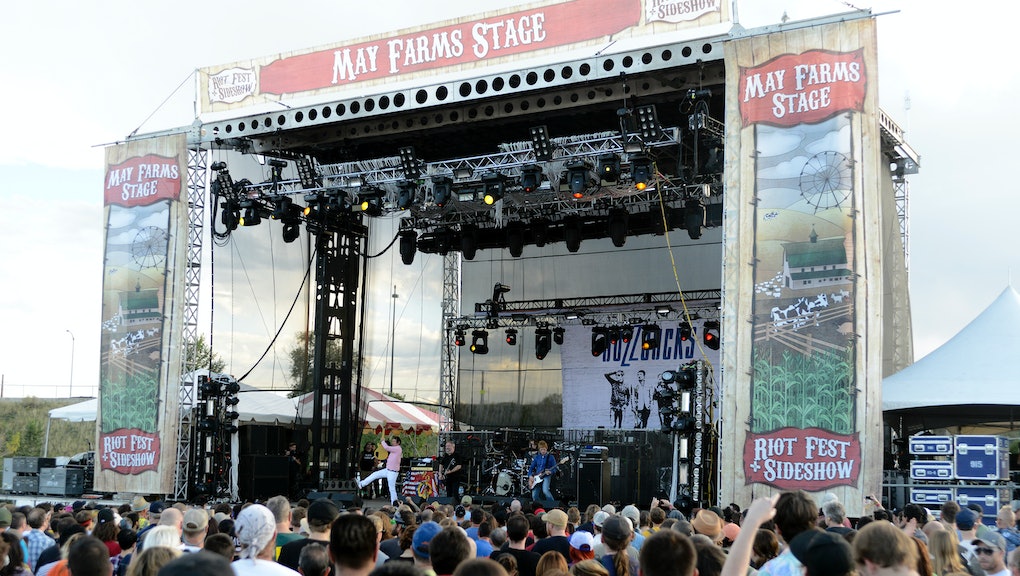 Chicago's Riot Fest 2015 is heading to Douglas Park for a weekend with some of the biggest names in punk, rock, alternative, metal and hip-hop music. With headliners No Doubt, System of a Down, Modest Mouse, Faith No More, Iggy Pop and the Prodigy, fans are gearing up for one of the biggest festivals to close out the summer season.

Now it its tenth year, Riot Fest event promises this year to provide the best in alternative music alongside delicious food vendors and myriad activities when the gates open at 11 a.m. Friday through Sunday.

Gwen Stefani and No Doubt will headline the first night of the event, which kicks off Friday. Fans of Babes in Toyland can catch the all-female group's reunion after an 18-year hiatus. The band is currently on tour and carved time out of the schedule for the Riot Fest appearance, Diffuser reports.

Three-day passes to the weekend festival are still available via the event's website for $189. The site warns, however, that tickets are running low, and other ticketing options are sold out.

Riot Fest has also shared an online map for guests headed to the event this weekend to find where their favorite performers will be taking the stage: