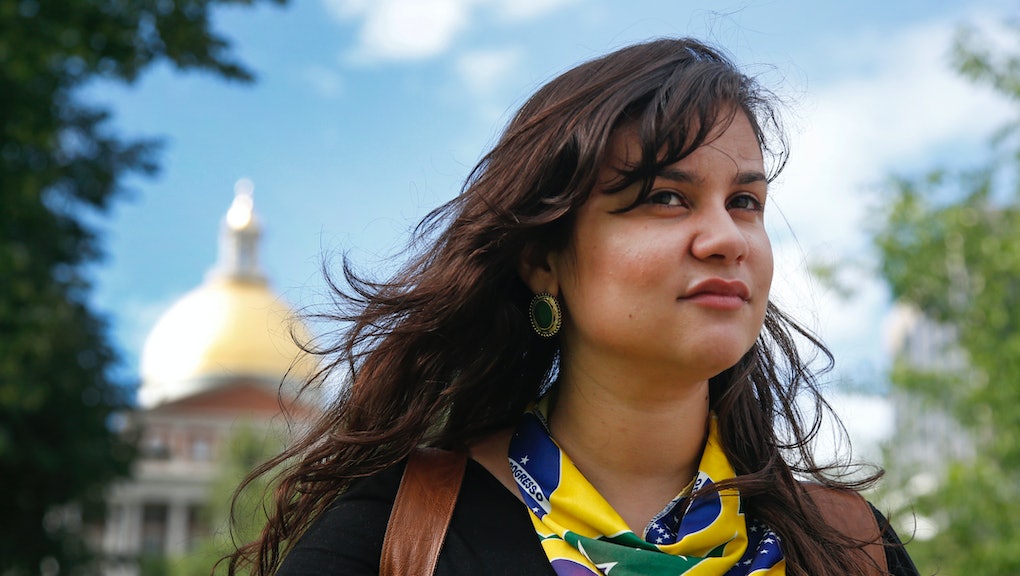 This New Study Destroys the Biggest Myths About Teenage Immigrants

If the United States government really wants to reduce drug use, crime and violent behavior among teens, a new study from the University of Texas at Austin puts forward a simple prescription: Welcome more immigrant families.

In a paper published earlier this month by Social Psychiatry and Psychiatric Epidemiology, researchers drawing on data from the National Survey on Drug Use and Health found that teenage immigrants were significantly less likely to sell illicit drugs, binge-drink alcohol or engage in violent or criminal behavior than their U.S.-born peers.

The new research arrives as the Republican presidential field, led by national frontrunner Donald Trump, grapples with conservative anxiety over demographic trends many on the right fear could erode traditional power structures at the expense of the white working class.

Trump's rhetoric has been dashed time and again by serious, scientific research. Another recent study from the American Immigration Council found that "higher immigration is associated with lower crime rates."

According to the AIC study, even as "the number of unauthorized immigrants more than tripled from 3.5 million to 11.2 million" between 1990 and 2013, "FBI data indicate[s] that the violent crime rate declined 48% — which included falling rates of aggravated assault, robbery, rape and murder."

While the AIC surveyed the entire population, the researchers at UT-Austin focused exclusively on adolescents. Their results fell comfortably in line with pre-existing research.

What they found: The graph below compares the prevalence of what the study calls "externalizing behaviors," like selling drugs or engaging in physical altercations, among native-born and immigrant teens, the latter being separated out into subgroups noting their ages of arrival and time spent in the country. The black line represents U.S.-born adolescents, while the others represent immigrants who have been in the country for various amounts of time. The higher the line, the more prevalent the behavior:

The "paradox": Even more interesting, and inconvenient to demagogic politicians, is the study's revelation that immigrant teens become more likely to take part in dangerous or potentially criminal activity as they are more deeply assimilated into American culture.

This finding, unique because of the volume of the research, fits neatly into what is known as the "immigrant paradox." This pattern of behavior, as explained by the American Psychological Association, holds that the "children of immigrants [are] experiencing diminishing developmental outcomes and educational achievements."

In their assessment of the data, Salas-Wright and his fellow researchers reckon with this uncomfortable conclusion.

"The bulk of evidence," they write, "indicates that, despite experiencing greater social disadvantage compared to U.S.-born Americans, immigrants in general are less likely to take part in violence and crime, misuse alcohol and drugs, and experience a wide array of adverse behavioral and health outcomes."

The study goes on to posit a number of explanations for this "paradoxical" outcome, all of them surprisingly sensible given the wonderment they seem to inspire even in the researchers. Among the potential reasons: a consideration that the high stakes faced by new immigrants, especially those living in the country without documentation, might inspire caution.

These immigrants, the researchers note, "have a lot to lose, including deportation and fears of a foreign criminal justice system" and for those reasons "may be more averse to involvement in risky behavior."

Same old story: The nativism being peddled now by Trump, along with more traditional conservatives hoping to win over his fan base, is in equal parts damaging and unoriginal. Instead of focusing on the very real and accordingly complex issues facing the American economy — despite years on end now of job growth, wages remain flat — political performers like Trump, as they have for decades, tell anxious voters the solutions are simple.

In this iteration, the fear manifests itself in an appetite for more money and resources to protect an already historically secure border or the suggestion, worst of all, that young immigrants in the country now are some kind of existential threat to Americans' safety or their culture.

The end result? A toxic political brew that, like so many other centuries-old tonics, turns out to be more dangerous than the purported illness it claims to cure.