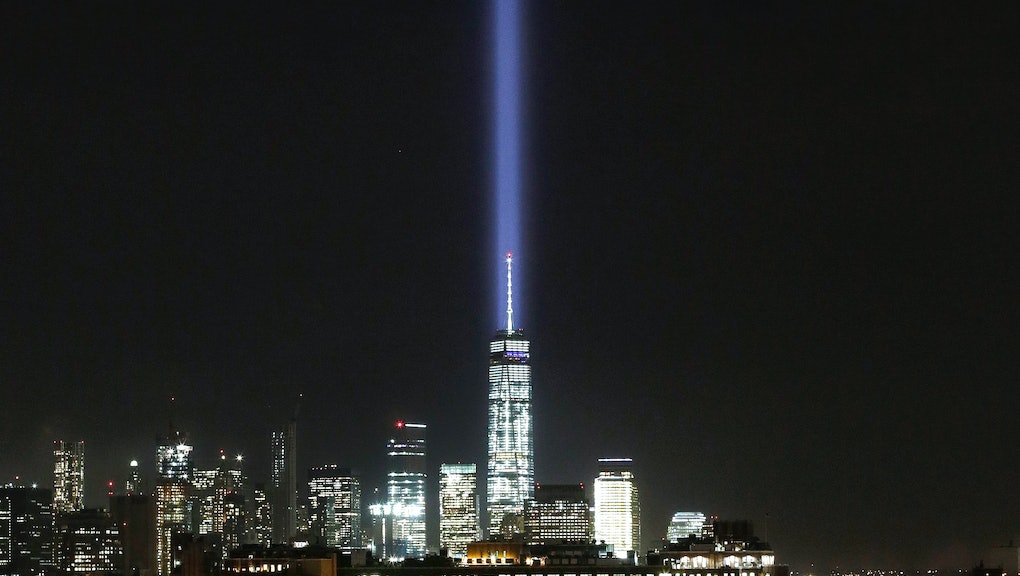 Many Americans haven't forgotten the images of New York's twin towers emitting smoke plumes over the Manhattan skyline after two passenger airliners slammed into their facades on Sept. 11, 2001. That day marked a drastic shift in the American political and cultural landscapes, the effects of which are still felt 14 years later.

Every year since 9/11, American leaders, New Yorkers and others around the country have set the day aside to reflect on the attacks and their aftermath. On Friday, the fourteenth anniversary of the Sept. 11 attacks, people across the United States are expected to continue that tradition with various remembrance events, including flag-raising ceremonies and moments of silence.

In New York, the scars from the Sept. 11 terrorist attack in lower Manhattan have become a museum and a memorial. In place of two skyscrapers is one gleaming tower, dubbed One World Trade Center, which opened in November.

Here are 11 iconic images from the Sept. 11 terrorist attacks and its aftermath: