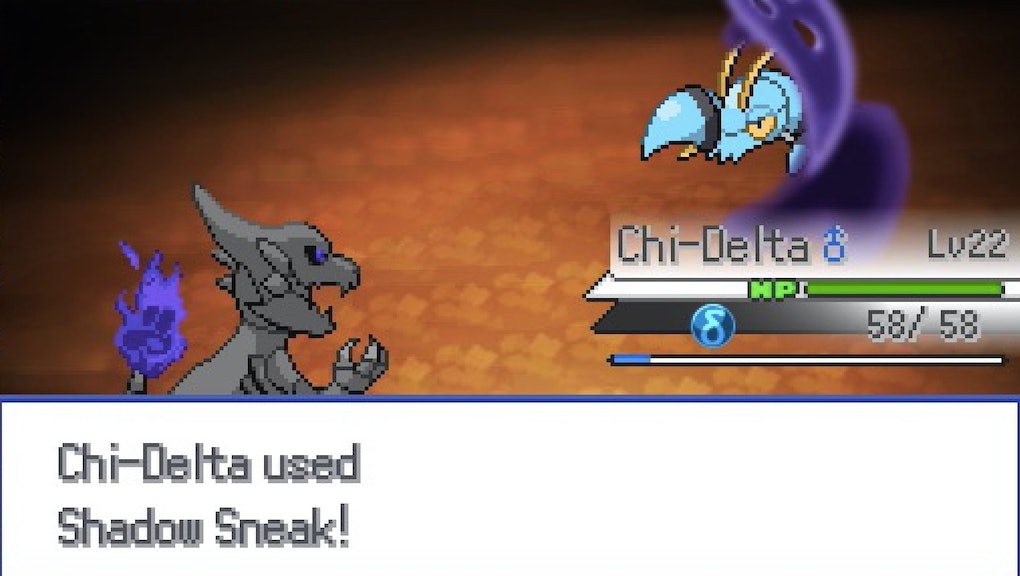 The best Pokémon game available to play right now isn't on a Nintendo system. It's not in 3-D or a remake of a beloved classic. It wasn't even created by main developer Game Freak.

Pokémon Insurgence is a fan game, and only a partially finished one at that. Yet even incomplete, it's an impressive creation — evidence that fans can produce work on the same level as the creators themselves, if not better. It's an enthralling, dark and gritty take on the Pokémon world.

In fact, "dark and gritty" may not suffice as a descriptor. In Pokémon Insurgence, catching them all is the last thing on the player's mind. They're too busy trying to save the region from murderous cultists hell-bent on achieving their goals no matter the cost.

The man behind the game is Canadian redditor Wyatt Verchere, who works under the name thesuzerain. Verchere has been working with Pokémon fan games for years. He previously created a pair of games, Pokémon Zeta and Omicron versions, that featured a more sophisticated plot than the "young Pokémon trainer travels across country" template of the main games. It involved a terrorist group, time-bending and more.

"I was really enjoying working on the project, but adding more content after two-and-a-half regions (and 60 to 100 hours of playtime, depending on how in-depth you wanted to go) would make the game daunting for a new player," Verchere told Mic via email. "I started a new project instead so I could keep learning and trying new things in a whole new way."

That new project, Insurgence, turns the story intensity dial to its darkest setting. Within the first five minutes of the story, the player character is nearly drained of all their memories, barely escapes being killed and watches three members of a cult murdered by their leader. She even forces her Pokémon to murder two of them.

Things don't get any sunnier from there. There's human sacrifice and threats of murder. The dark subject matter was a popular request for the game from fans, according to Verchere, but it soon received some backlash. The creator added a lighter story option in a more recent update that removes explicit references to death.

As the player meets the five cults, he learns their motives, from experimenting on Pokémon to create perfect species to flooding the earth. "The actual cult idea came from a suggestions thread on Reddit," Verchere said. "People were proposing interesting villain archetypes, such as magicians or cultists." The latter became the game's answer to the main series' teams — think Team Rocket, but far more sinister.

Elsewhere in Insurgence, the player is introduced to Delta Pokémon. These are mutations of regular Pokémon with different types and appearances. A Fire-type Charmander, one of the original starter Pokémon from Pokémon Red and Blue versions, is warped into a skeletal form, with a Ghost/Dragon-typing. Evolving it only makes its appearance grow more unusual, even frightening.

They're not all terrifying — some Delta Pokémon are quite cute, like the Fairy/Psychic-type Delta Bulbasaur evolutionary line — but the mere idea of Pokémon mutation is pretty twisted.

"I was really surprised to see that nobody had really touched Deltas before, so I had to put them in," Verchere told Mic. "I used them in [Zeta and Omicron], and seeing that they were well-received, gave them an even bigger role in Insurgence."

Interestingly, Delta Pokémon are originally from the official Pokémon Trading Card Game — Verchere said they piqued his interest in the cards in the first place — but were never implemented in any of the video games. Perhaps that's because, at least in Insurgence, the Deltas are outcasts in their own world, under threat of death.

As mentioned, Pokémon Insurgence isn't complete yet, but it is available to play in its current form through the sixth gym. The game isn't a hack — no Nintendo device or emulator is required. Instead, the game was built from the ground up in a program called RPG Maker. It's not an easy process; according to Verchere, just one hour onscreen can take up to 10 times that amount behind the scenes.

There still are some traditional elements. The player still battles powerful trainers at Pokémon gyms in between fighting cultists. Raising a team of powerful pocket monsters is just as important as ever. The grit isn't just for show — it's layered into the game's template with complex moral choices. It's not just breaking the mold: It's using the existing mold to create something really innovative and entertaining.

The grit isn't just for show — it's layered into the game's template, even breaking that mold to create a unique gaming experience.

While Verchere and his team have no particular end in sight, the next major addition to the game will wrap up the main story. "The next update'll have the last two gyms, boss battles and the Elite Four," Verchere said. "We're hoping to match the game time of Zeta and Omicron (but with improved gameplay) and get people wanting to play for dozens to even hundreds of hours."

Taking on such a project is ambitious for both creator and player. Hopefully, for Verchere and his consumers, it will all be worth it.

Pokémon Insurgence's current public release is available to download for both PC and Mac users.