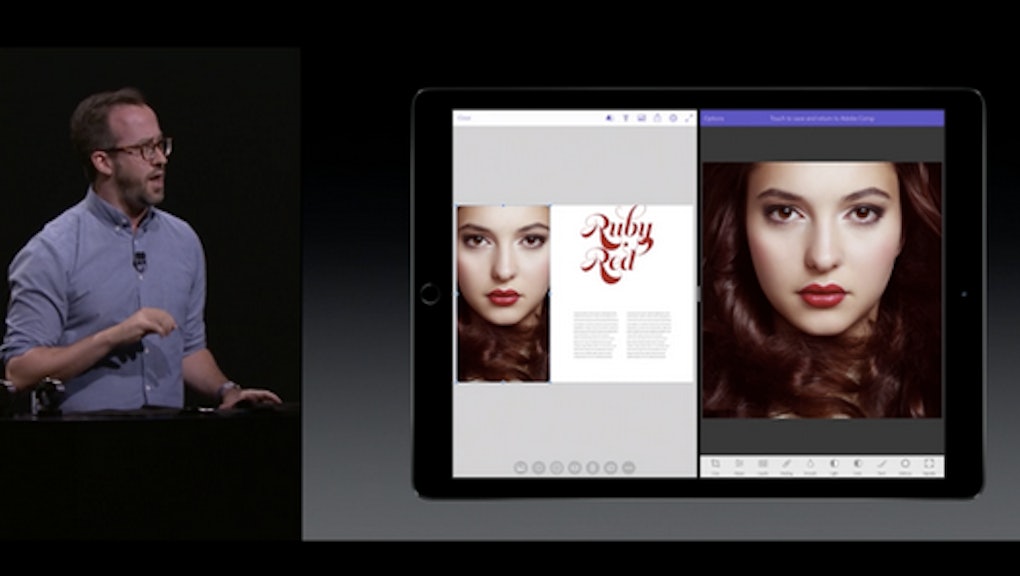 Apple's First Woman Onstage Was a Model They Photoshopped to Smile

It's no secret that sexism is rampant in the tech industry. Insiders did little to combat this reputation at the Apple Launch on Wednesday: The first woman to appear onstage was the neutral face of a model — who was then digitally manipulated into smiling more clearly.

"Stop telling women to smile": Adobe's choice to present its tool in this way overlooks the deeper double standard associated with forcing women to smile. Women commonly face street harassment should they dare to buck the stereotypical cheery feminine standard and instead appear emotionless or — god forbid — upset. The artist Tatyana Fazlalizadeh addresses this trend head-on in her "Stop Telling Women to Smile" project.

As Fazlalizadeh aptly summarized in an MSNBC interview earlier this year, telling women to smile "has nothing to do with a man making a woman feel better. It has more to do with power and control. It's about making her look more ladylike for [him] ... It comes down to men having women look like what they please. [Women] should smile when they feel like it."

Perhaps if more female industry insiders had been involved in the event in the first place, the first woman on the stage wouldn't have been a two-dimensional figure subjected to such tired treatment.