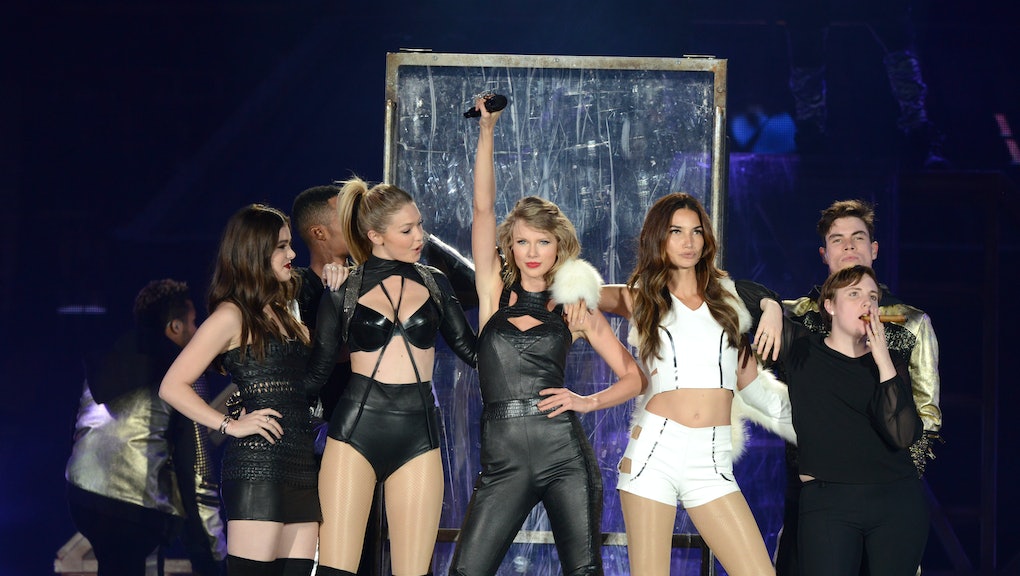 The Brutal Truth Every White Feminist Needs to Hear

Mainstream feminism has a major problem as old as the movement itself: prioritizing the experiences and voices of cisgender, straight, white women over women of color, queer women and those who fall outside this narrow identity. While the problem has persisted for decades, it now has a name: "white feminism."

White feminism is essentially "any expression of feminist thought or action that is anti-intersectional," feminist blogger and author of Batty Mamzelle Cate Young told Mic. While individuals have been increasingly called out for either ignoring the experiences of others or needlessly coopting them — like when Taylor Swift got involved in Nicki Minaj's critique of the MTV Video Music Awards — white feminism is a roadblock for the broader movement.

Here's the brutal truth every feminist needs to hear in order to progress together, according to several feminist thought-leaders.

Representation is not just for show.

White feminists may understand the importance of intersectionality in theory, but some fail to act on it in practice.

"White feminists use theories and perspectives from women of color (and even imagery) to seem as though they're being diverse," but effectively "only really care about their own experiences as well as propping up their own voices," Aph Ko, creator of the comedic webseries Black Feminist Blogger, told Mic.

Ko compared this dynamic to a hair care aisle at any typical pharmacy.

"While black women's hair care products may be featured on the end cap, the aisle will likely be overwhelmingly devoted to white women's hair care products," she said. "That's pretty much how white feminism looks: We're usually the first thing people see before they head down the aisle, but as soon as they go down the aisle, everything caters to white women."

You can't just "forget" about intersectionality.

White feminists often "forget" to apply an intersectional framework to issues that affect women, Young said. For example, last year's viral video targeting street harassment "served to reinforce racist narratives about men of color preying on white women," she said. "That no one in the organization was able to pinpoint that as an issue before the video was released is an example of how non-intersectional thinking can give us blinders about things that matter very much to women who aren't facing the same issues as us."

Even when diversity is acknowledged or accounted for, Ko said, it's often superficial and essentially meaningless. Simply including women of color in an event is not enough; it's often just tokenism. Ko said in many cases, this sort of visible inclusion only "values black and brown bodies but not their knowledge."

Sometimes you need to sacrifice your platform.

"One of the easiest ways to see how white feminism is alive and well is noting who are the most visible people out there," feminist writer and activist Wagatwe Wanjuki told Mic. "Very often we only really see the privileged white women as leaders or spokespersons of the movement — in and out of pop culture."

This favoritism is not just inequitable, but further obscures the fact that many feminist theories (like intersectionality itself) were in fact created by women of color. When white women are given a platform to promote these theories, Ko noted, they are essentially co-opting the work of women of color to promote their own voices.

"There's a clear disdain for women of color using feminism to navigate their political and social lives," Ko said. While white celebrities are often lauded for identifying as feminist, "black women like Beyoncé are attacked for using the label," she said.

Women of color are also frequently publicly shamed by white feminists should they dare to critique white women's problematic actions. For example, when women of color speak up about racist double standards surrounding sexuality or cultural appropriation, "everyone conveniently sidesteps the validity of the point she is making in order to tone-police her," Young said. For example, Minaj was criticized over the summer for even suggesting that Swift may not live up to inclusive feminist standards. Amandla Stenberg received pushback after calling out Kylie Jenner's cultural appropriation. Stenberg then weighed in to counter the all-too-familiar "angry black woman" narrative:

These instances ultimately indicate that white feminists fail to realize "there are other equally or more valid perspectives to the situation [they are] commenting on," Young said. "Intersectionality is all about acknowledging that there are different circumstances that make different choices more or less feasible or reasonable."

The term "white feminist" itself is not enough.

The term exists for a reason, Young said. It "allows us to identify [marginalization], and root it out and combat it when it occurs."

Ko said the mere act of labeling exclusion is "a giant step forward. This one term opens up a lot of space for feminists of color to finally focus on their own communities instead of having to constantly educate white women or tell white women that they're being racist."

Feminists must take concrete steps towards intersectionality and both "walk the walk and talk the talk," Wanjuki said. Feminist organizations, she added, can "stop requiring college degrees or other qualifications for positions that don't need them, they need to pay their interns, they need to put young people, people of color, queer folks, people of lower [class] backgrounds, etc., in leadership positions."

"I don't think we can make white mainstream feminism inclusive because it's not designed to be inclusive," Ko concluded. "Our exclusion as women of color isn't accidental. Diversity can't help White feminism. [White feminists] just need to move over."