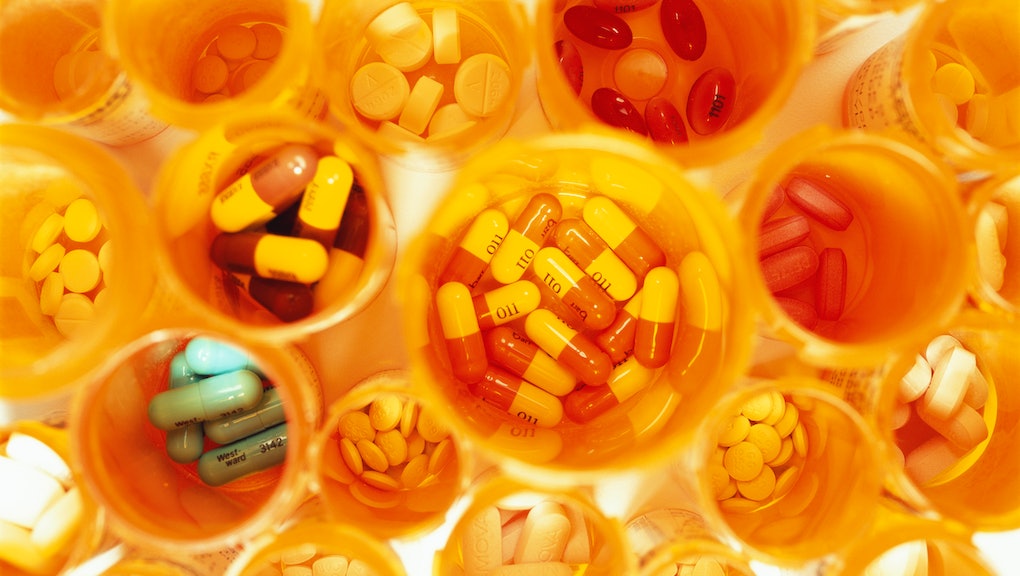 When I first started taking Adderall, my life changed almost immediately. I finally figured out how easy it is to fold my laundry right after washing it, instead of leaving it in "clean" piles on the floor for weeks. I finally learned how to be on time instead of consistently 12 minutes late. I became quieter, more organized and I finally stopped losing my keys.

I started taking ADD medication relatively late in life, at least for a millennial. I was 20, an honors student at a good university and I'd made it through my relatively successful academic career without being medicated. But once I started swallowing a coral capsule full of speed with my morning coffee each day, it seemed like all my organizational issues went away. I was tidy. I was efficient. I was competent. In short, I was a real grown-up.

Since attention deficit disorder (ADD) entered the DSM-III in 1980, the rates of diagnosis have skyrocketed, particularly among millennials. According to the Centers for Disease Control and Prevention, the ADHD diagnosis rate increased approximately 5% annually from 2003 to 2011, around the time many now-20-somethings hit adolescence.

Because the symptoms of ADD and ADHD — distractibility, inattentiveness, disorganization and moodiness, to name a few — typically surface in childhood, it's widely known as a childhood disorder: Just over 6% of American children ages 4 to 17 (an estimated 3.5 million kids) were medicated for ADHD in 2011. But while the symptoms of ADD can diminish in adulthood, Joel L. Young,  a psychiatrist who specializes in treating ADHD and the author of Contemporary Guide to Adult ADHD, says the disorder doesn't just disappear when you reach a certain age.

"ADHD is more than a disorder of the daytime or education; it relates to fundamental characteristics like inattention, distractibility, impulsivity and even fatigue," Young told Mic. "These are issues that impact life beyond school. I think the pervasive idea that it's a childhood disorder is arbitrary. That's not how biology works. Focus and concentration are pretty static." In fact, an estimated 2.6 million adults were prescribed ADD meds in 2012, nearly 25% of whom are between the ages of 26 and 34.

Drugs such as Adderall, Ritalin, Concerta or Vyvanse can mitigate the most disruptive symptoms of ADHD and can dramatically improve productivity. But they can also have undesirable side effects that make life without medication seem more appealing — which is why many young adults who were diagnosed with ADD early in life are deciding to stop taking their meds.

Putting the pills away: Mic spoke with several millennials with ADD and ADHD who decided to stop taking their medications upon reaching adulthood, for a range of reasons. Some cited the potential side effects of taking stimulants for an extended period of time, such as poor sleep quality and irritable bowels. Others said the decision had less to do with physical effects, and more to do with a basic existential question: Do I have to keep drugging myself forever?

"I realized I was taking my ADHD meds so I could do things that I wanted to do, things that I was happy to do without drugs before I started taking drugs regularly," Charlotte*, 25, told Mic. "I was deeply troubled and stressed by that realization. I like that medication makes me productive, but after several years of habitual use, I was only productive if I was on Adderall."

Part of the reason why young adults might want to wean themselves off medication stems from the stigma of being an adult with a "childhood" disorder. In an essay for New York magazine on life as a "grown woman" with ADHD, Rae Jacobson wrote about struggling with managing her disorder, which often makes it difficult for her to perform tasks that most adults are easily able to do:

Diagnosis can be tricky, because the disorder, which is likely genetic, can look more like a disciplinary problem than a medical one, and because everyone has these behaviors to some extent: You have a hard time paying attention to boring things? How awful and unique! Oh, man, you lost your driver's license? That is so demoralizing, and never happens to anyone else. An hour late to something important? Burned dinner? Missed half the lecture because you were daydreaming about being a crane operator? Haven't we all?

We just want to be "normal." Young said it makes sense why young adults might not want to be medicated, as most Americans tend not to want to take drugs that aren't entirely medically necessary. But some ADHD adults go off their meds because we just want to learn what it's like to function in the working world without having medicine to keep them on task.

"I get more anxious these days, because I can feel very overwhelmed with everything I have to do and feel unorganized and unfocused," 24-year-old Sylvie, who stopped taking her Vyvanse when she graduated from college, told Mic. "That being said, I have a steady job, I'm in a relationship, I have friends — it's possible for me to live my adult life off medication."

Even if it's possible, it's not always easy. Several millennials who stopped regularly taking prescribed ADHD drugs told Mic they keep their prescriptions up to date in case of emergency, such as a difficult project to complete at work.

"My medications are great, and I value them," Julian*, 22, said. "Going off them meant finding a slightly less energetic, spacier version of myself and realizing that that's who I am, and then having to learn how to function as a person like that. I hope I'll get to the point where I can function without meds. For now, though, I still want to have access to them."

If that sort of sporadic drug use sounds troubling, it might be because it mirrors the abuse patterns of people who take ADHD meds as "study drugs." While Young says taking a reduced stimulant dosage over time isn't necessary to wean oneself off the drugs, others say abruptly going off ADD meds after years of taking them can lead to withdrawal symptoms like sluggishness and weight gain. In general, however, the question of what method works best for going off meds can only be answered by an individual (along with his or her doctor).

And the question of whether to go off meds at all? Well, that's up to the individual too.

"I absolutely have ADHD, and ADHD is part of who I am at this point," Alan*, 28, told Mic. "Medication doesn't have the 'go, go, go' effect on me that it does when people use or abuse it recreationally, it just makes me feel more normal. I don't know if I'm ever going to feel like I can stop taking ADHD meds. I've discussed this with doctors and they've told me that there aren't any long-term health risks associated with the dosage I'm on."

As someone who has gone on and off Adderall over the past few years, I do feel like there is a qualitative distinction between who I am on my meds and who I am off them. When I don't take Adderall, some of my best qualities — creativity, spontaneity, friendliness — tend to come forth in a way they don't when I'm on meds. But I am also messy, consistently late and unable to remember what I was in the middle of doing. And when I do take my Adderall, I am able to conduct myself and my life in ways that are closer to the adulthood I always imagined.

I don't know if I will ever permanently go off my medication. But I do know it takes time to figure out how to be an adult, with medication or without it. And that would be the case for any 20-something regardless of their attention span. We're all just trying to become whoever we are, in whichever way we think is best.

"I feel like the person I am off my medication has the future that I want for myself," Julian said. "The future of the person I am on medication is one of going through life routinely, albeit effectively. I don't know how much I depend on drugs, or what traits of myself I only use when on medication... I'm still working that out, and it'll probably be a slow process."

But in your 20s, that's always going to be the case anyway.

*Names have been changed to allow subjects to speak openly about private matters.