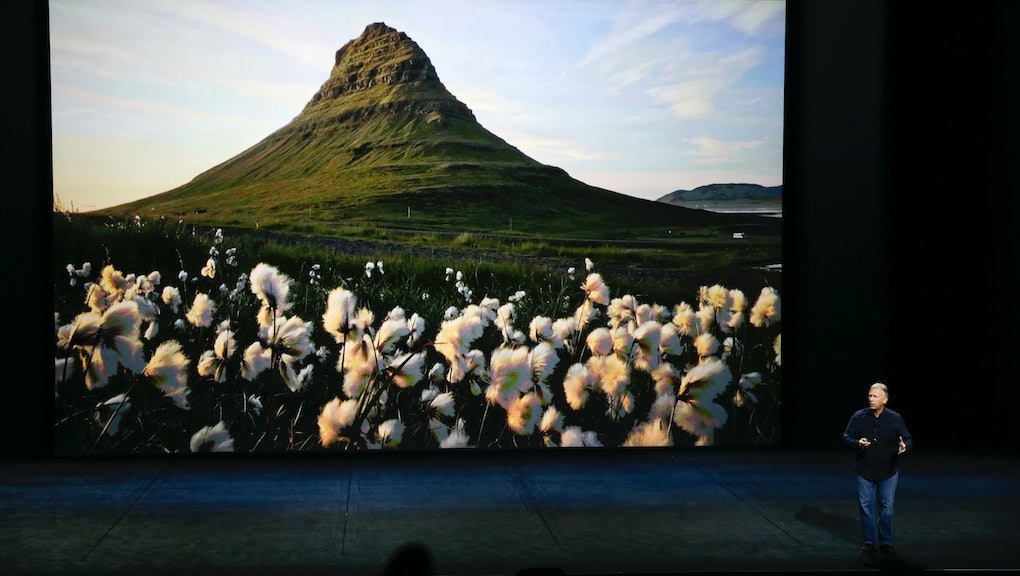 During a keynote event in San Francisco Wednesday, Apple unveiled its latest version of the iPhone, including some big changes to the phone's rear-facing camera. Perhaps the most ground-breaking new feature coming to the iPhone 6S and iPhone 6S Plus' iSight, or rear-facing camera, is something Apple's calling "Live Photos."

Apple said its Live Photos brings the user's images to life in a way we haven't yet seen from the company. As Time points out, the latest photo format, which combines both still images and short video recordings, looks something like the moving images from the Harry Potter series — photos that appear still but then move slightly before freezing again.

Apple said all of its devices would support the new playback format. Here's what Apple Live Photos looks like:

Apple's Live Photos works by recording a little bit of video, about 1 1/2 seconds' worth, just before and just after an iPhone user snaps a pic. "Think of it as a something between automatic GIFs and short video clips," Verge reports.

Every picture taken with the new photo feature applies to all photos taken with the iSight camera, which has raised concerns over memory issues. However, Apple said the moving images won't take up much more of the phone's memory compared to regular images. The company also increased the camera's resolution to 12 megapixels, the highest of any iPhone generation.

While the Live Photos feature might be new to iPhone enthusiasts, other companies have attempted it before, Verge reports. Taiwanese smartphone maker HTC, for instance, did it with its "Zoe" shooting mode.