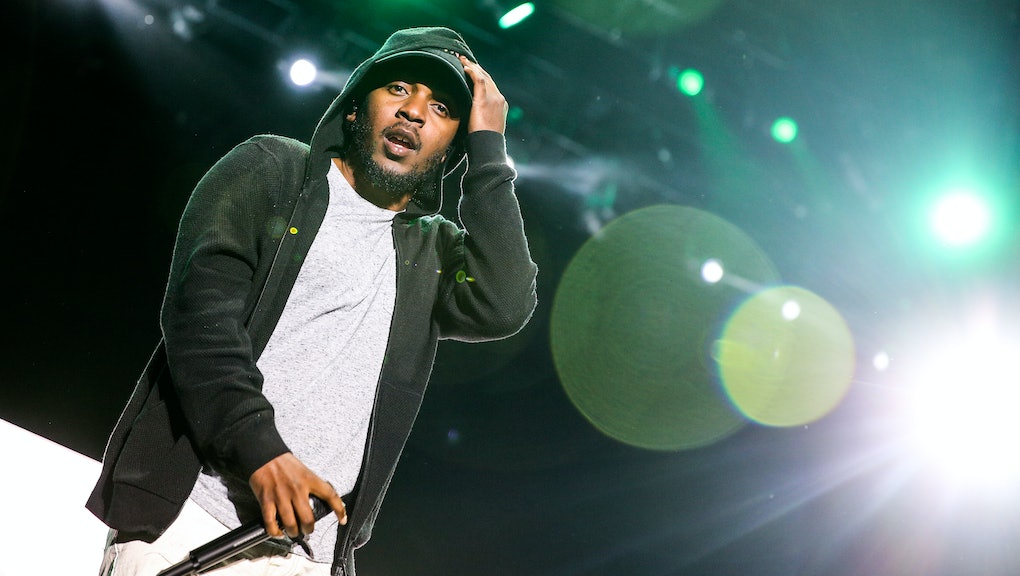 Numerous publications hailed Lamar's December performance of a still-untitled track as one of the top late night performances of the year. For Wednesday's appearance, Lamar ran through a medley of songs from To Pimp a Butterfly that fans likely know well, but twisted them in ways they've never heard before.

In true musical mastermind fashion, Lamar rarely plays a song the same way twice. He opened spitting "Wesley's Theory" a cappella over a series of hits from his band before transitioning into "Momma," "King Kunta" and "u," the latter of which included a new verse. He led the band through the complex breaks and changes with the dynamism of a Motown frontman.

The way Lamar flowed through the different songs, meshing verses together, the performance felt like a singular, frenetic poem. Though the performance covered a lot of ground, it still only hit on a fraction of the meanings and stories that make up To Pimp a Butterfly, or the unpredictable epicness that is his live set.