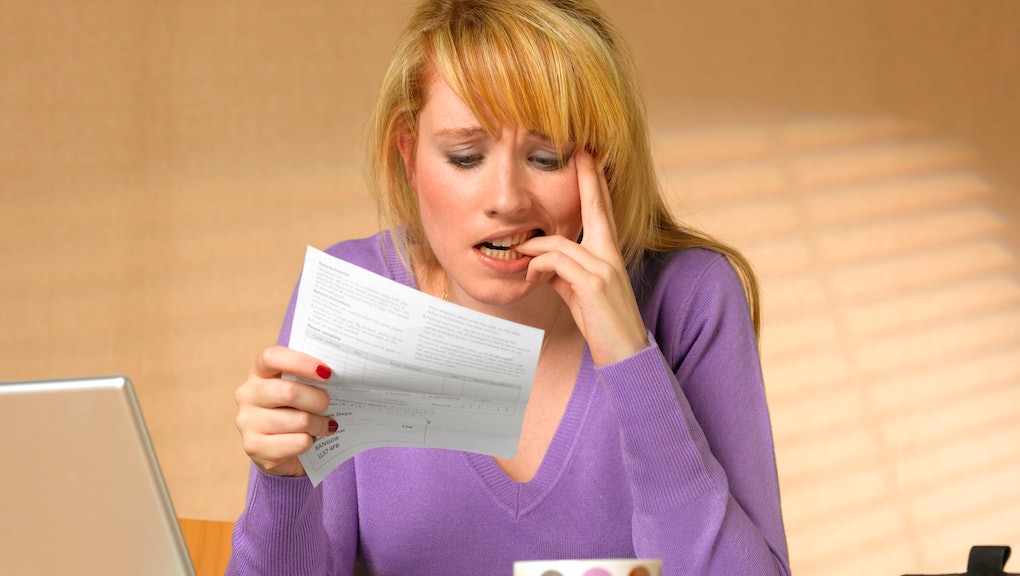 Nobody enjoys paying student loan debt. Now a new survey shows the lengths to which student debt holders would go to discharge their burdens.

A poll of 200 users of the personal finance information website MyBankTracker found that 30% of respondents would be willing to sell an organ if it meant getting out of debt.

"It was a lighthearted poll," My Bank Tracker analyst Simon Zhen told Mic, adding he was surprised by results that showed people "would actually jeopardize their health in exchange for getting rid of their student loans."

The results also found that, if it meant wiping away their debt, 55% of respondents would be willing to turn their lives into a reality show, 43% would part with half their worldly possessions, 32% would join the military and 38% would submit themselves to questionable medical experiments.

"People just want to get it off their shoulders; it's just debilitating to some people," Zhen said.

While Zhen was the first to admit that the survey was not scientific, the findings shed more light on a problem that has only increased in severity in recent years. As they stand today, student loans can be ugly. They delay home purchases and negatively affect mental health, while missed payments can destroy credit ratings.

The average student debt per borrower steadily increased since 1992, with the most recent figures topping out at more than $35,000 per borrower. The class of 2015 graduated with more than $56 billion in loans, perhaps unsurprisingly the most in U.S. history.

MyBankTracker officially discourages anyone from engaging in risky behavior to discharge loans, writing it does "not condone the use of these extreme measures." Zhen concurred, saying, "Every person is unique, and their finances are unique, and they should tailor their finances to their personal situation."

As for his own advice about selling off that extra kidney:

"Personally, I would not."