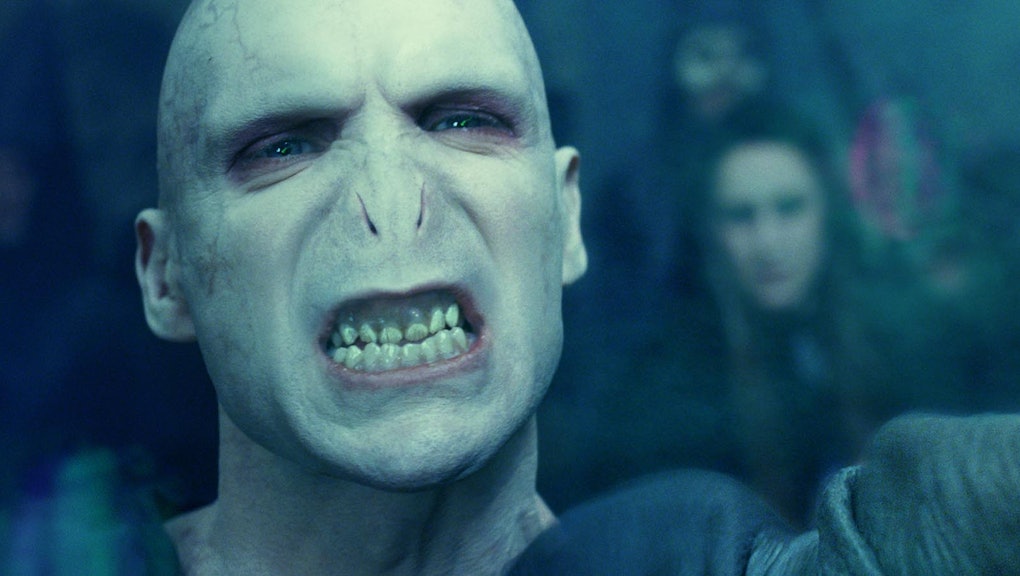 True Harry Potter fans you know they're not supposed to say "Lord Voldemort" out loud. Instead, it's "he who must not be named." On Wednesday, J.K. Rowling revealed a harsh truth: They've probably been saying the Dark Lord's name wrong the whole time.

The Harry Potter author responded to a fan and fellow writer on Wednesday when he tweeted, "One piece of Harry Potter trivia I always forget to mention: the "t" is silent in Voldemort, according to J.K. Rowling."

Rowling joked she might be the only person who actually pronounces the series antagonist's name that way. Apparently, the former Tom Riddle uses a French pronunciation, much like the silent "T" in The Colbert Report.

Fans on Twitter immediately admitted to saying the name wrong for years. Readers also noted the villain's intense evil may spring from the fact that everyone has been mispronouncing his name since his introduction in the Harry Potter novels.

While many took Rowling's tweet as the final decision as to how exactly Voldemort's name should be pronounced, others felt it was simply too late for her to have a say in how fans use the character's name.

Either way, whether you're on team Silent-T or Loud-T, the fact remains: Don't say his name, you Muggle.