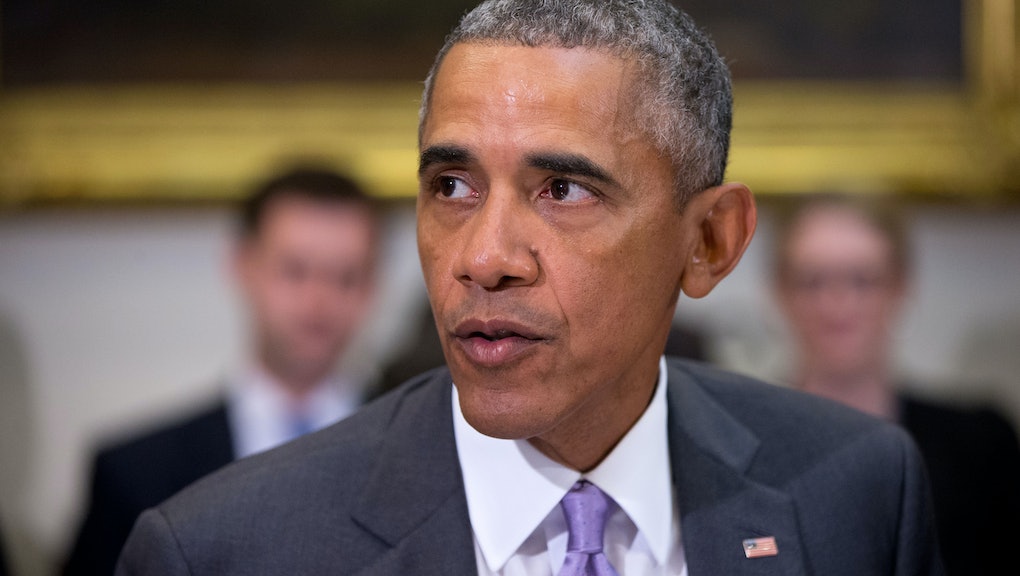 White House Announces the US Will Accept 10,000 Syrian Refugees in the Next Year

President Barack Obama has ordered the United States to accept 10,000 Syrian refugees in the fiscal year 2016.

"This year, this fiscal year ... the United States is on track to take in about 1,500 Syrian refugees. The president has directed to scale up that number," White House spokesman Josh Earnest said in a press conference Thursday. "He's informed his team that he would like them to accept at least, in preparations to accept, at least 10,000 Syrian refugees in the next fiscal year. We know the scale of this problem. It's significant."

The move comes as the United States faces increasing pressure from critics at home and abroad to accept more people displaced by the Syrian civil war.

David Miliband, chief executive of the International Rescue Committee, previously called on the U.S. to accept 65,000 refugees by next year, writing in the Washington Post that it is "well past time for the United States and other Western countries to commit to a dramatic boost in the resettlement of Syrian refugees." Miliband's demand was echoed by an official White House petition that has now generated more than 62,000 signatures.

Domestically, Obama also faced pressure from Congress when, in May, 14 Democratic senators sent him a letter demanding a more open policy toward the refugees. A number of Republican presidential candidates, including Donald Trump and Marco Rubio, have voiced similar sentiments. Jeb Bush has also expressed support in the past for a more open refugee process.

Even with the move, it is still far short of what will be necessary. This week, Germany announced it would accept 800,000 refugees — equivalent to about 1% of their population — in 2015, with a plan to take 500,000 more each year for the next several years.