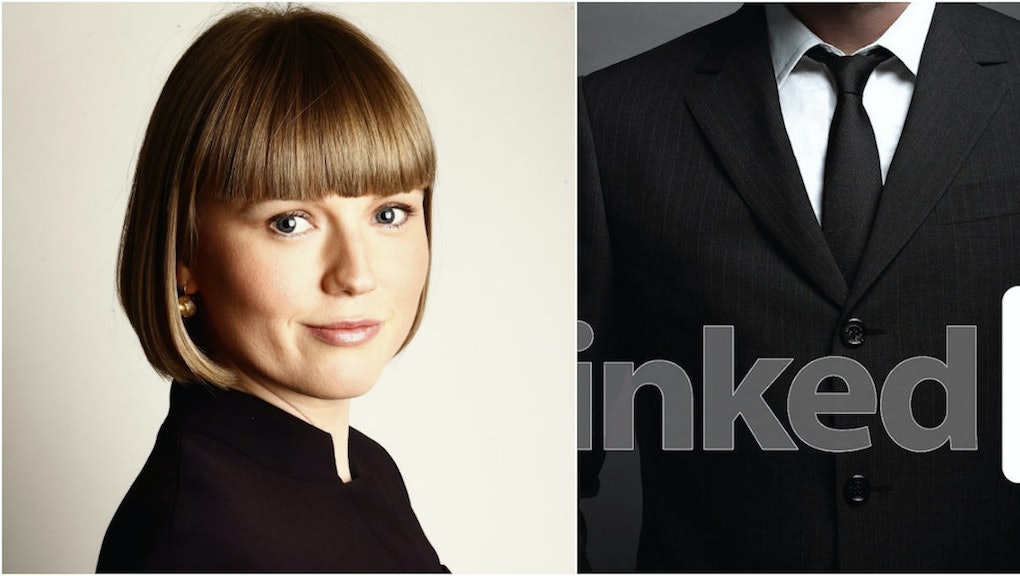 Alexander Carter-Silk, a married father of two and partner at the British firm Brown Rudnick, was one such skeeve, sending a message to lawyer Charlotte Proudman on the website complimenting not her résumé, but rather her "stunning" picture.

Instead of deleting the message, Proudman decided to call out Carter-Silk on his sexist behavior by tweeting his message, along with her awesome response.

"I am on LinkedIn for business purposes, not to be approached about my physical appearance or objectified by sexist men," Proudman wrote, adding, "Think twice before sending another woman (half your age) such a sexist message."

While one might assume such untoward behavior is rare on a professional platform, it's actually fairly common for men to hit on women via LinkedIn. In a 2014 essay for the Daily Dot, writer Elana Carlson detailed her experience being hit on via LinkedIn, explaining that such behavior blurs the lines between what is a professional and romantic encounter.

"Dudes of the Internet, I implore you: Email me, Tinder me (duh), tweet me and ask for my phone number, or engage in a little light, RT-filled flirting... [but] let's save ourselves the back and forth and confusion and avoid LinkedIn," she wrote. "There is a time and place, and it is not the social platform for professional networking."

Indeed, immediately after Proudman tweeted out Cartman-Silk's message, women all over the world shared similar experiences of uninvited LinkedIn flirtations:

The lines between work and personal life can be blurry. (The "Is this a date or just networking?" dilemma is real.) For his part, Cartman-Silk has already issued a statement apologizing for the incident.

But some things can be crystal clear: LinkedIn is not your personal sexual playground. It is a professional networking site to be used exclusively for professional networking. Asking a woman on a date or commenting on how attractive she looks isn't just inappropriate — if it took place in an actual workplace, it would qualify as sexual harassment.

If there is any further confusion on this point, please direct your inquiries to HR.