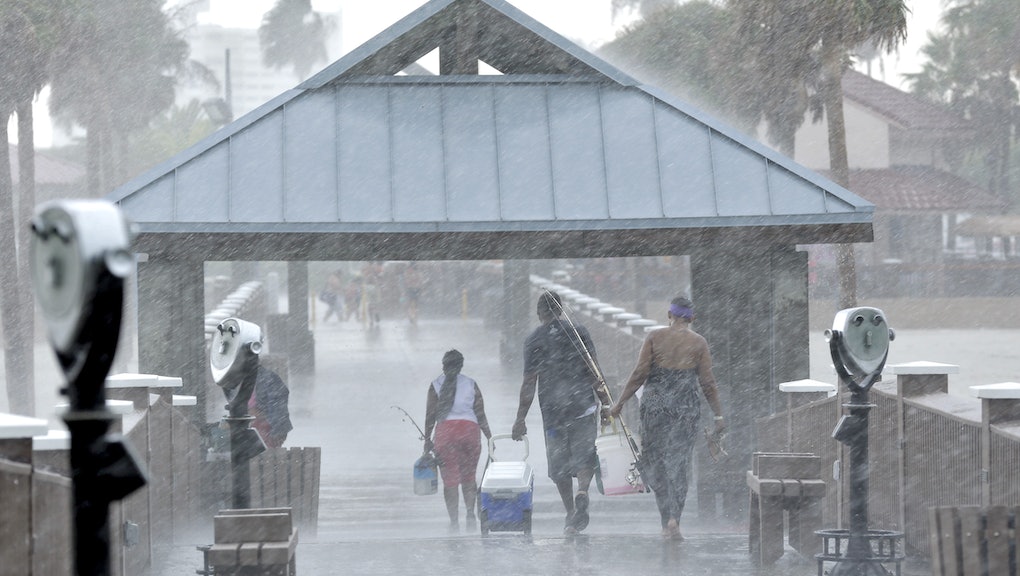 This year's El Niño is coming, and it is stronger than usual. The event, which warms the Pacific Ocean waters near the equator and often poses a greater impact on atmospheric patterns around the globe, isn't exactly record-breaking, but is still worthy of our attention, according to a new report from the National Oceanic and Atmospheric Administration.

The report released Thursday afternoon indicates there is a 95% chance El Niño will continue on throughout the 2015-16 winter, before tapering out through the spring. Models recorded this year's massive El Niño heading into full swing in early July, according to USA Today.

While a strong El Niño has been known to bring rain throughout California, it's still unclear whether the water-warming event will aggravate or weaken future hurricanes in the region, since little is still known about the elusive natural event.

The Weather Channel reports while certain weather conditions like amount of rainfall may not be directly linked to El Niño events throughout history, certain years have shown greater precipitation throughout southern California and certain parts of the eastern U.S. coast.

California is currently experiencing one of the worst droughts in recorded history. And while the potential rain could help alleviate some of that dryness, it's not likely this season's El Niño event will completely rid California of its drought issues. Mashable's Andrew Freedman notes the level of precipitation an El Niño event and upcoming winter season would have to bring to California is greater than the region's wettest year in recorded history.

Still, Mashable reports experts are predicting more rain than usual throughout southern California and the southeastern U.S. coastline thanks to the ongoing El Niño event.