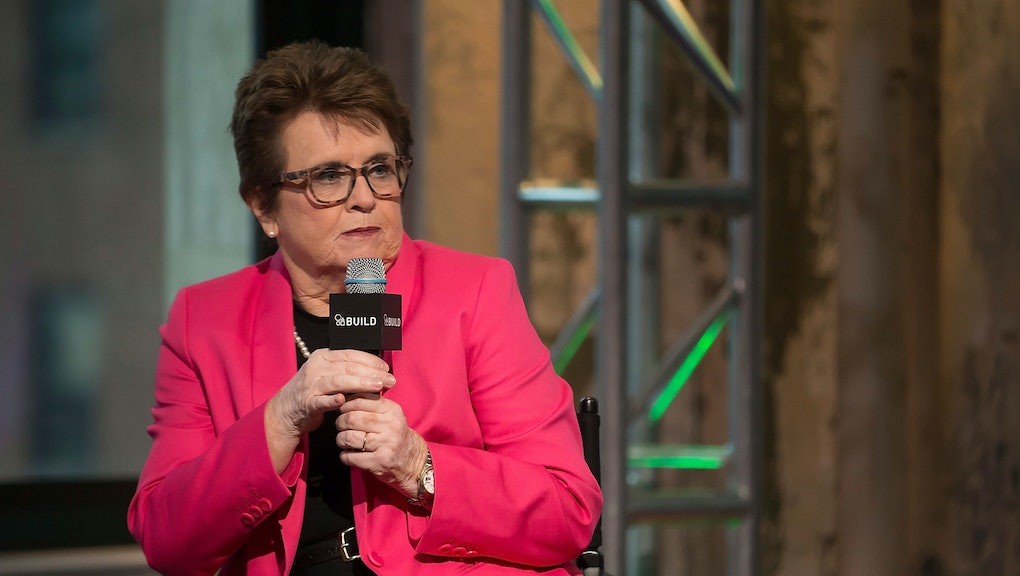 Most women are affected by unattainable beauty standards in one way or another, and that counts for female athletes too. As tennis legend Billie Jean King pointed out this week on HuffPost Live, this practice must come to an end.

"As women, it's far too much emphasis on our body image instead of our accomplishments," King said in the interview. "We'd never do that to a man. They're always bragging about the guy and how great he is, so they need to brag about the woman and how good she is at her sport."

Look no further for evidence of this double standard than the sexist evaluation of Serena Williams' body. The top tennis player in the world has been scrutinized by the public and media alike for years. She's been called "fat" and praised for losing weight; most recently, the New York Times described her "large biceps and a mold-breaking muscular frame."

The notion that female athletes should be or are self-conscious of their muscular bodies, however, is illogical, King said.

"Of course we want muscles, that makes us strong," she told HuffPost Live, noting that most female athletes "want to be as strong as they can be, period."

So who is to blame for perpetuating this myth? The media, King said, which is overwhelmingly controlled by men — and the standards and images it perpetuates, therefore, are "more of a reflection of who has control of [it]."

A recent Women's Media Center report supports her point: Women write only 37% of print news stories and commentators on Sunday morning talk shows are more than 70% male, for example. This disparity is particularly pronounced in sports journalism, as only 10% of sports news coverage is produced by women, according to the report.

King isn't the only athlete speaking out about this ridiculous standard. Williams herself also recently pushed back on body-related criticism she has received.

"I've been like this my whole life, and I embrace me and I love how I look," Williams recently said on Good Morning America. "I love that I am a full woman, and I'm strong and I'm powerful and I'm beautiful at the same time. And there's nothing wrong with that."