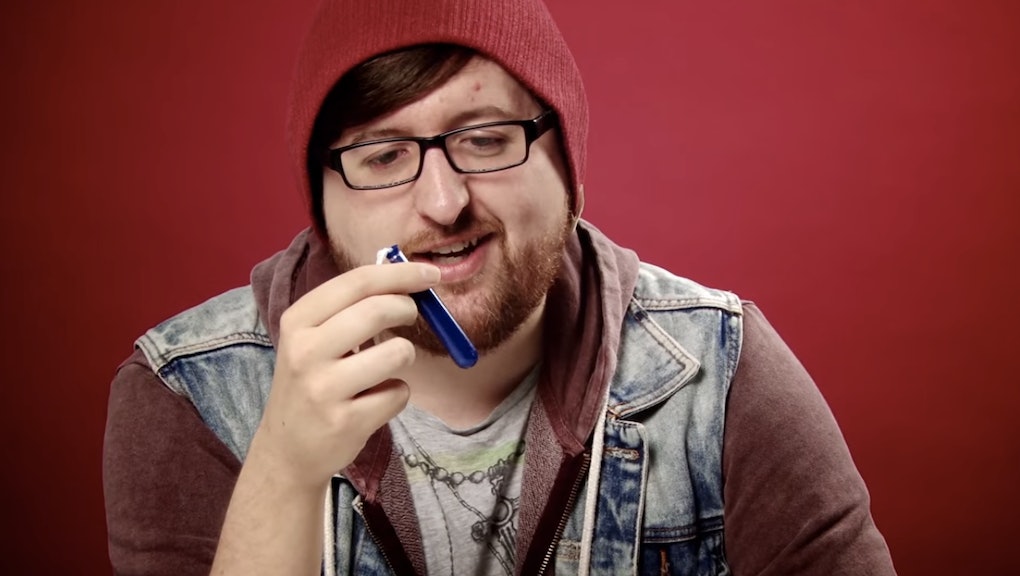 Because it's never not fun to put a camera in front of dudes and get them to explain the female anatomy, a group of YouTubers decided to assemble a bunch of men and ask them about menstrual products, with predictably hilarious results.

The video comes courtesy of the Irish comedy channel Facts. and features a number of blokes (lads?) who have clearly never busted out an Always on a light-flow day.

The guys shared their thoughts on everything from winged sanitary pads:

In some respects, the guys' ignorance of how menstrual products work is a little depressing. (What, did they not have mothers or sisters or anything?) But there's a growing movement to bring the period stigma out of the shadows and educate people of all genders about menstruation. Back in June, for instance, the U.K. organization Plan U.K. released a video quizzing men about tampons for its #JustATampon campaign, which aimed to reduce menstruation stigma.

Yet despite the video's obvious flaws — for instance, where are the Diva Cups in this lineup? — the novelty of watching dudes mansplaining the female experience somehow never fails to please, whether it's men drawing vaginas or describing menstruation in general. And even though it's kind of shocking that they have no idea what sanitary pads are, it's awesome that they're willing and eager to learn.