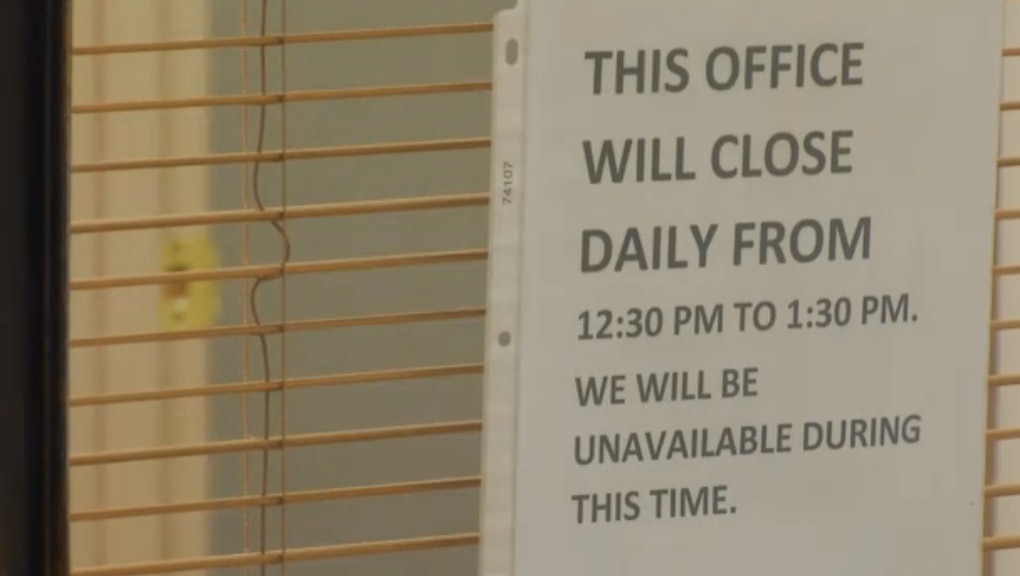 It's not just Kim Davis.

To ensure same-sex couples can be married in McDowell County, the magistrates worked out an arrangement with their counterparts in neighboring Rutherford County to rotate regularly rotate duties. This requires at least two Rutherford magistrates driving 30 minutes back and forth three times a week to cover McDowell duties, while the McDowell magistrates work in the Rutherford office.

"It is unacceptable for public officials to pick and choose the parts of their jobs that they will or won't do," Equality North Carolina executive director Chris Sgro told Mic.

And it's all legal... at least for now. Unlike Davis, who achieved infamy when she refused to grant same-sex marriage licenses in Kentucky because of similar religious objections, the actions of North Carolina's four magistrates are protected by the state's Senate Bill Two. The act, which became law in June, shortly before the U.S. Supreme Court legalized same-sex marriage throughout the country, created a religious exemption for magistrates unwilling to perform marriages.

"Every magistrate has the right to recuse from performing all lawful marriages under this chapter based upon any sincerely held religious objection," the law read, adding that during a period of recusal, a magistrate cannot perform any marriages and that it is up to a district court judge to ensure that anyone seeking a legal marriage license be granted one. "The recusing magistrate may not perform any marriage under this chapter until the recusal is rescinded in writing. The chief district court judge shall ensure that all individuals issued a marriage license seeking to be married before a magistrate may marry."

Unlike Davis' case in Rowan County, Kentucky, same-sex couples looking to secure a marriage license in McDowell County can still attain one, but they must go through the Rutherford magistrates to do so.

"They have basically codified what Kim Davis wants to do in Kentucky into law," Sgro said. "I do not think the law will stand the test of time, so we're having conversations now about what potential challenges might look like."

In addition to what Sgro said was its dubious constitutionality, Equality North Carolina also cited the cost and burden on taxpayers of shuffling magistrates from county to county and warned the law was overly broad and could potentially allow magistrates to recuse themselves from interracial and interfaith marriages.

Mic reached out to the McDowell County magistrates who were unavailable for comment. In a statement to WLOS, Chief District Judge Randy Pool, who worked out the arrangement, defended the move. "We are following the law. Marriages are being performed in both counties," Pool said. "We are complying with the state and no one is being denied the legal right to get married."

While Sgro conceded he had never heard of a reported case of a same-sex marriage being denied after the Supreme Court's ruling, he warned that Senate Bill Two left the door perilously open.