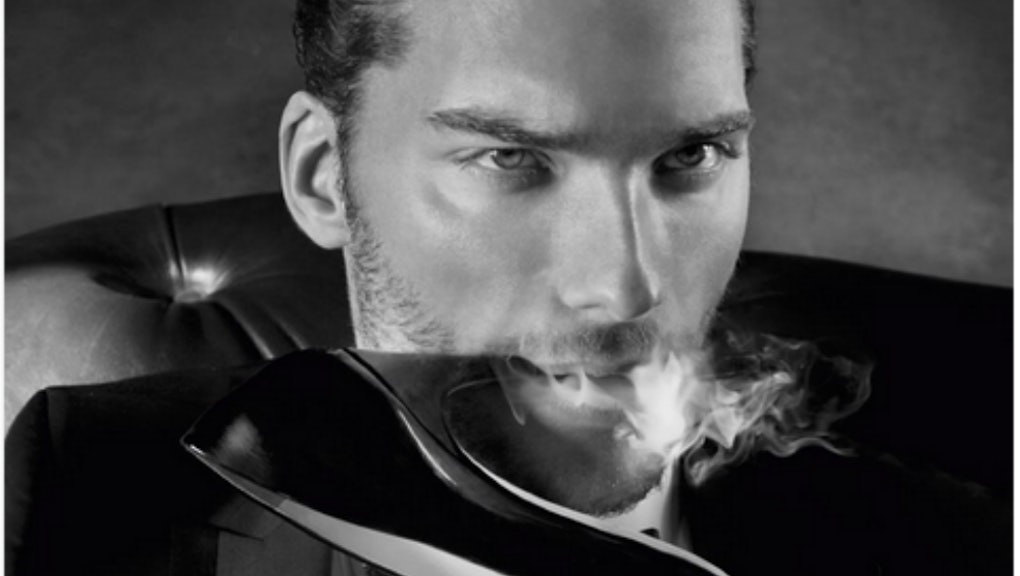 Let's call a spade a spade (or a stiletto a stiletto): Shoe designer Brian Atwood is a genius.

For his latest ad campaign, the shoe designer enlisted the help of several oiled-up, muscular men to strip down and slip into some of his slick, black patent leather heels.

He calls them "the Gods" on Instagram, which would be a pretty fitting name for this NSFW boy band.

The campaign flips the script. High heels are already a sensual piece of attire, so sexually explicit campaigns featuring female models are common — just see any ads for, say, Jimmy Choo or Charlotte Olympia, or Brian Atwood, for that matter. Atwood's ads are always pushing the envelope for sex appeal, including a campaign starring a Victoria's Secret model that was reportedly banned.

But these photos bring sexually explicit images of men into the mix, as the designer attempts to shift the gaze and, in doing so, normalize male sexuality as well. Sexy is sexy, the ads scream, including the sexiness of high heels. On an Instagram post promoting the images, Atwood wrote, "Gender is simply a blurred line!"

Sure, in terms of progressiveness, using nude models to sell just about anything isn't quite revolutionary. But it takes the utmost in female sexiness — the high heel — and asks us to consider just how important and concrete our gender norms really are. In doing so, Atwood bashes the concept that dressing according to your sex is required, an idea the fashion world is getting cozier and cozier with.

It's a fun campaign that's due to spark some controversy, but at least it's hitting on one unmistakable truth: Redefining gender lines is the way of the fashion future.