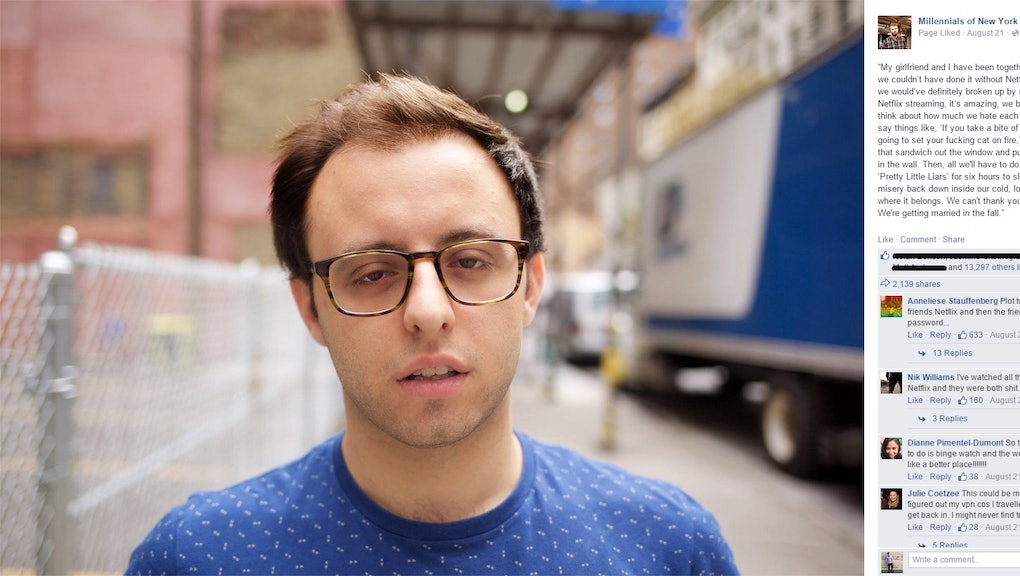 This Facebook Page Has Gone Viral by Skewering Millennial Stereotypes

Young people these days are pigeonholed with all kinds of negative stereotypes: They're lazy. They're unskilled. They're entitled and narcissistic. None of these labels are actually true but they remain conventional wisdom the country over nonetheless.

Millennials of New York, which parodies the viral photo-profile page Humans of New York, is now satirizing this popular conception of young people. The formula is simple enough, pairing photos of earnest-looking young hipsters with captions that seem to mock both millennials themselves and the obnoxious stereotypes that plague them.

It makes fun of Millennial fashion:

It also jabs at hipster nostalgia:

The page pokes fun at stereotypes that this generation is arrogant and ignorant:

Millennials of New York isn't the only Facebook group to parody the popular Humans of New York page, which has over 15 million followers. Other enterprising satirists have set up amusing pages, including Orcs of New York and Lizard People of New York.

Millennials, orcs and lizard people are, of course, natural allies in the fight against crotchety old-timers everywhere.