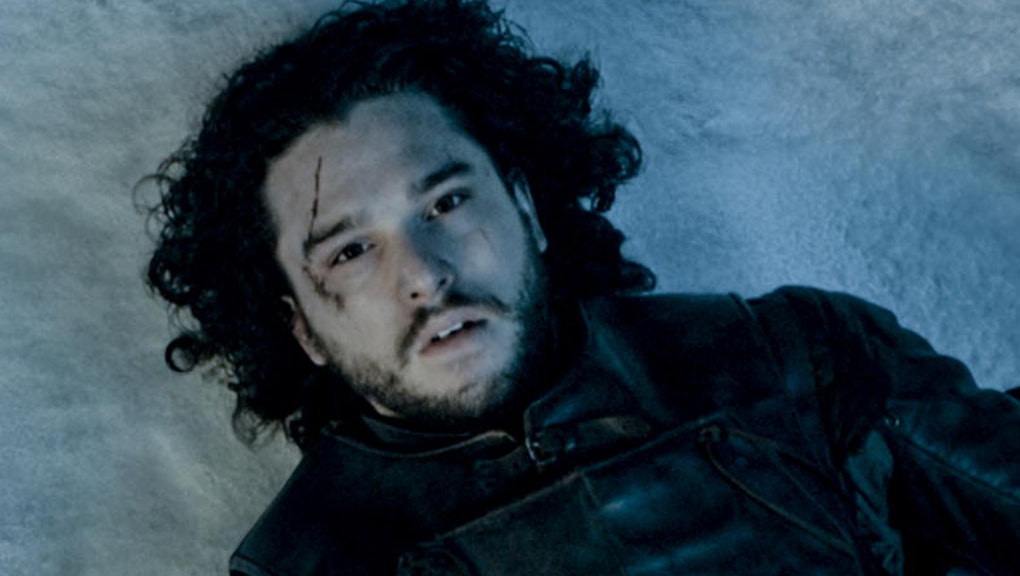 Beware, for the night is dark and full of spoilers.

Game of Thrones fansite Watchers on the Wall, which tracks the HBO show's development process as the creators travel around the world for filming, reports it has evidence Night's Watch commander Jon Snow is still alive after an assassination attempt by his own men.

The website says actor Kit Harington, who plays Snow, was seen on the season six set amid preparations for a major northern battle scene filmed at Saintfield, Northern Ireland.

This would line up with recent reports Harington was in Belfast recently.

The battle scene in question reportedly involves fighters from many of the northern houses of Westeros, such as the Boltons, Umbers and survivors of the wildling hordes that escaped being massacred by the Others at Hardhome.

If true, Watchers on the Wall's report would suggest that a favorite fan theory — that Snow was resurrected by the red priestess Melisandre much in the same way that another red priest repeatedly resurrected Ser Beric Dondarrion in the third season — could be true.

It would also suggest that Snow could be leading a final rebellion of the remaining northerners against the villainous Boltons, who have taken over the ancestral Stark castle of Winterfell.

In July, Harington was spotted at Wimbledon still sporting his Game of Thrones hairdo.

None of this is proof that Jon Snow is back, of course, but it does all seem awfully convenient. Even co-star Emilia Clarke, who plays Danerys Targaryen, weighed in with similar theories in June.

If reports of Snow's death have been greatly exaggerated, then his survival may be quickly becoming the worst-kept secret in Hollywood. But who knows? Given creator George R.R. Martin's proclivity for killing off treasured characters,  season six could just as well open with Snow's body on a funeral pyre.

h/t Watchers on the Wall