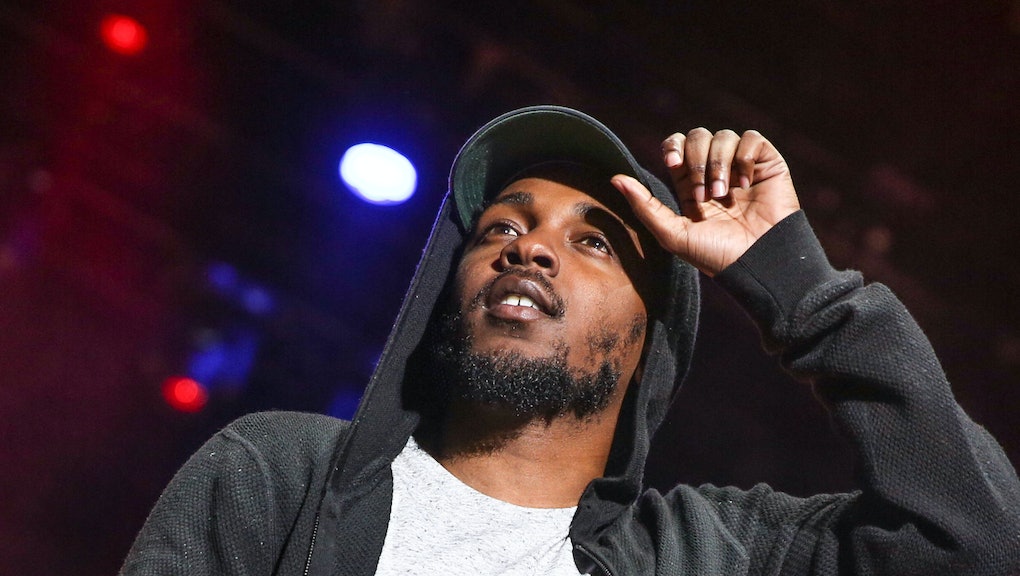 On the 19th Anniversary of Tupac's Death, Kendrick Lamar Wrote This Emotional Tribute

Nineteen years ago Sunday, Tupac breathed his last breath. To commemorate the anniversary, one of his lyrical offspring, Kendrick Lamar, paid his respects with a short but heartfelt note addressed to the West Coast OG.

In it, Lamar discusses a memory from when he was 8 years old. He saw Tupac at the Compton Swap Meet while the legendary rapper was in town filming his "California Love" video. That moment, Lamar asserts in the letter now appearing on the homepage of 2Pac.com, inspired him to become the MC he is today.

Another link between the generations: Tupac has served a point of departure for so much of Lamar's art. His most recent album was originally titled Tu Pimp a Caterpillar (acronym: TuPAC). Since he changed it to To Pimp a Butterfly, Lamar instead settled for resurrecting the artist for a fictional conversation about race and artistic responsibility to end the album.

While interviewing with Konbini back in June, Lamar responded to videos of Tupac, revealing how much of his lyrical philosophy comes from the Compton, California, MC.

Both MCs have labored to make their lyrics serve as more than just entertainment. "If we really are saying rap is an art form, then we got to be true to it and be more responsible for our lyrics," Tupac once said in a 1995 Vibe interview. "If you see everybody dying because of what you saying, it don't matter that you didn't make them die, it just matters that you didn't save them."

Lamar pushes similar messages on To Pimp a Butterfly, using his mic and his platform to try to end violence, unite gangs and inspire others to express themselves and create. "I remember you was conflicted / Misusing your influence," Lamar recites to Tupac on "Mortal Man," the last track of his album. "Sometimes I did the same / Abusing my power, full of resentment / Resentment that turned into a deep depression."

Lamar is paying forward the complex legacy Tupac left behind, helping the next generation familiarize itself with his vision. It's mind-blowing to think Lamar's ambition arose from a single moment in 1995, watching Tupac move his hometown crowd. Sunday's heartfelt letter is one more reminder true MCs never die: Their legacies live on through the next generation they inspired in life.