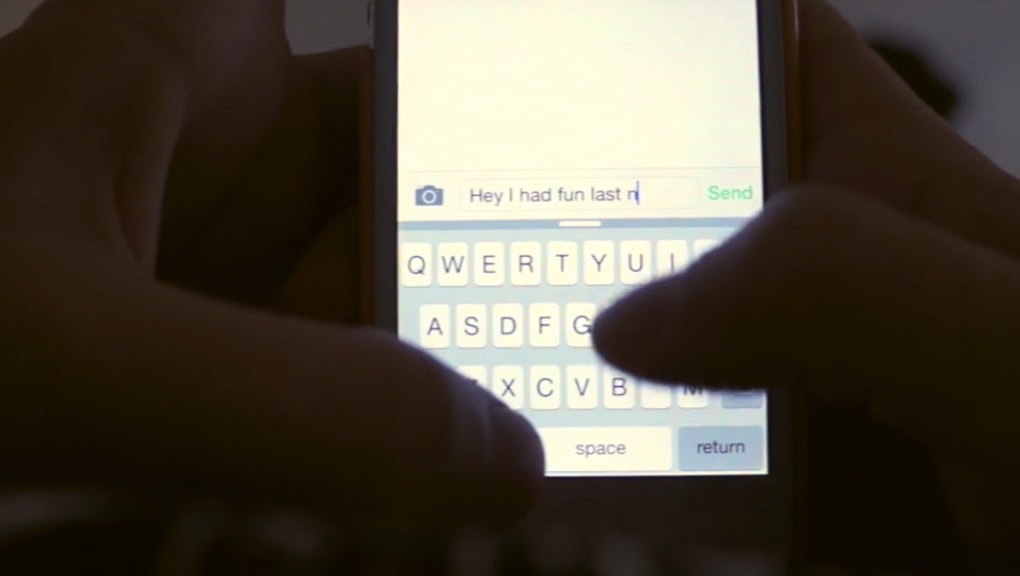 So you've just had a great first date. Congratulations! Now it's time for your life to be dominated by text-deciphering, mixed message-analyzing mental anguish for the next 24 hours. Enjoy!

As anyone who's experienced the above scenario knows, liking someone and hoping they like you back can turn even the most confident dater into an over-analyzing basic bitch whose entire mental state hinges on nothing more than a single text response. Tommy Do, a filmmaker and figure skater (!), perfectly captures this phenomenon in his new short film, "Hell."

It starts first thing in the morning with the classic "What should I write?!" dilemma.

Our protagonist ultimately settles on a short, sweet and totally not-desperate "hey."

And then the waiting — and compulsive checking — for a response begins.

And going for a quick dip in the pool:

A whole day passes with no response, in a scene that's ultimately reminiscent of the timeless cinematic classic He's Just Not That Into You, in which main character Gigi similarly obsesses over her phone in hopes that her recent date will follow up.

But while Gigi's love interest was radio silent because well, he just wasn't that into her, Do's short is a commentary on the absurd games we play when we actually are into someone, but don't want to appear vulnerable or desperado.

"I find when two people are courting each other there's always a very clear mating dance. 'Texting' is just the arena the dance takes place in. It's like whoever gets the last text gets the most power," Do told the Huffington Post. "I withhold texting people back all of the time just to pretend like I have control over the situation or my feelings.  But the reality is we're all eye-fucking our phones all of the time, so I'm not sure who we think we're fooling."

Indeed, our friend in the video ultimately does get the response he's been waiting for:

While it seems counterproductive (and rather foolish) to play these types of games, let he who has never meticulously calculated their texting bubble ratio cast the first stone.

It can be far easier to withhold texts and protect our feelings than it is to put ourselves out there and risk blunt rejection. But at the end of the day, being straight up with people is exactly what we should be doing.

Because if there's anything to be learned from last week's viral Drunk History couple, it's that texting back in a timely manner is not only the best way to skip the game-playing and indicate interest — it's also "the mark of a good man."