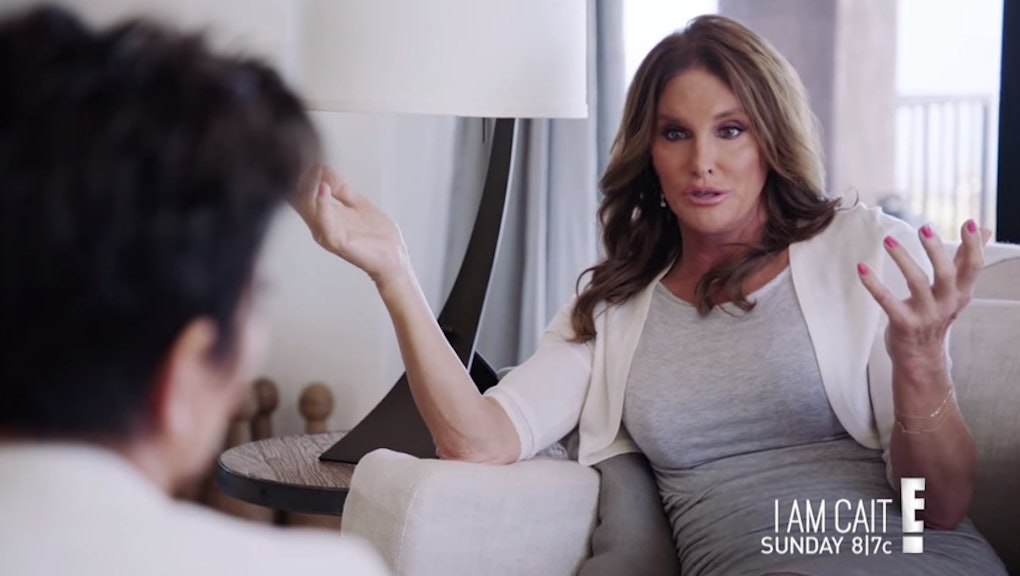 In the emotional final episode of E!'s miniseries I Am Cait, Kris Jenner and Caitlyn Jenner, formerly known as Bruce Jenner, come face-to-face in a tearful reunion. It was their first in-person encounter in six months, Entertainment Tonight reports. During the filming of the season finale, Kris tells Caitlyn that while she was "happy" for her ex, she and the kids "miss having Bruce around."

"I know you said you haven't gone anywhere and you're still the same person," Kris, 59, told Caitlyn, 65. "But sometimes we miss having Bruce around. We all do."

The reality TV pair, who married in 1991 and finalized their divorce in March, have barely communicated since Caitlyn's widely publicized transition, Entertainment Tonight reports. Of Caitlyn coming out as transgender, Kris said she "felt thrown under the bridge" and "blindsided." She said she felt like Caitlyn had in some ways left her family by the wayside.

At the same time, Kris said, "I'm really happy for you, I really am." In an ending fitting of the Keeping Up With the Kardashians reality mom, the reunion ended with a selfie.

Caitlyn later described her reunion with her ex-wife as "hard" and said communication would be crucial for them to move forward. "The key is to have patience," Jenner said, People reports. "Keep love in your heart and stay committed to the goal, and I am really hopeful that Kris and I can do that."

In July, Caitlyn Jenner received the Arthur Ashe Courage Award one month after she came appeared on the cover of Vanity Fair. Jenner came out as transgender in an interview with Diane Sawyer that aired in April.