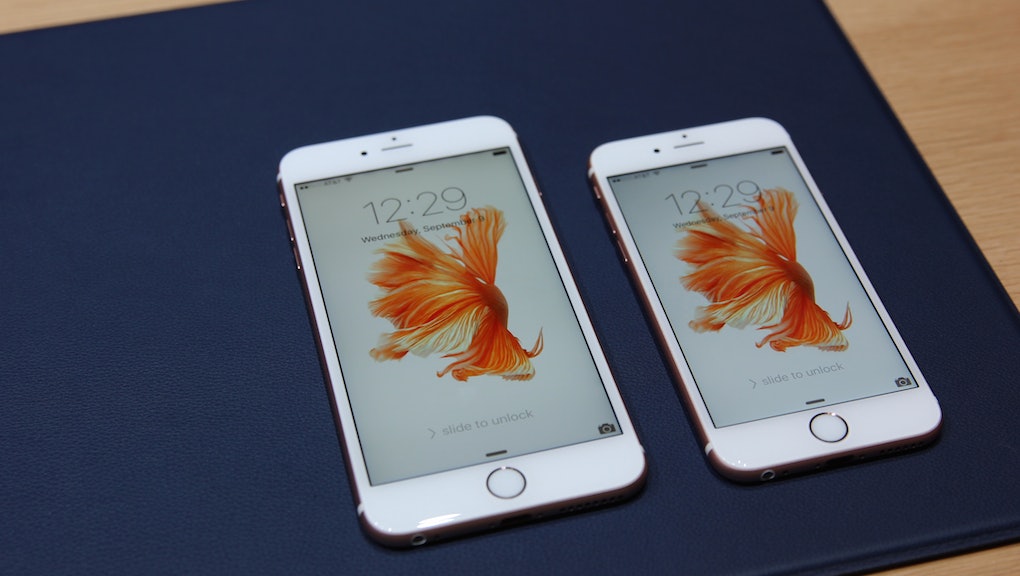 Every year, Apple releases a better phone with bigger promises for how long your battery is going to last. And every year, it still feels like your phone can't get through a single day without dying on you.

Phone batteries never seem to get any better, and the urge may be to blame a generation for being whiny and demanding, or for wasting battery life on selfies. But relative to the extreme advances in phone technology — which can now plan our calendars, manage our social lives, order food and cabs and browse the Internet simultaneously — battery technology barely advances at all.

This is how your iPhone battery works: Your iPhone, like most consumer electronics, has a lithium-ion battery. This kind of battery generates power by moving ions back and forth between thin sheets of lithium.

Lithium is one of the best materials for use in battery-making. It's light and packs energy densely, and the batteries that use lithium aren't made with tons of excess toxic materials. They also have less "memory" than batteries that use materials like nickel, which means that they don't decrease in total capacity over time.

How do you make lithium-ion batteries better? Make them bigger.

The phones we have today are much more powerful than they were just a few years ago. The iPhone you have now, no matter what model, is more powerful than the computers that put humans on the moon. But Moore's Law, the principal that says computational power increases exponentially over time, doesn't apply to the physical problem of increasing battery life.

One way you can increase the power of a Li-ion battery is to use better materials, like higher-quality lithium. But once that strategy reaches its limits, the only other thing to do is to increase the size of the battery. More lithium equals more charge.

For lithium-ion batteries, bigger is better. But while screen size may be increasing, phones are getting thinner.

This is why batteries aren't getting much better: One of the only ways to make them better is to make them bigger, and while screen size may be increasing, phones are getting thinner.

Researchers and major telecommunication companies are constantly experimenting with better batteries that keep longer charges, like hydrogen fuel cells and "aluminum air" batteries that pit aluminum against oxygen to generate power. But for now, there isn't really a great alternative to lithium.

What's more, there isn't a great incentive for manufacturers to make more powerful batteries. As James Kendrick notes at ZDNet, failing batteries push smartphone users to pay for those upgrades.

So as long as lithium-ion batteries are the best we've got, you're just going to have to adopt a few tricks to keep your phone awake longer, like lowering the brightness and relying on airplane mode when you're underground and your phone is seeking a signal. Other than that, you'd better keep a spare charger on you.