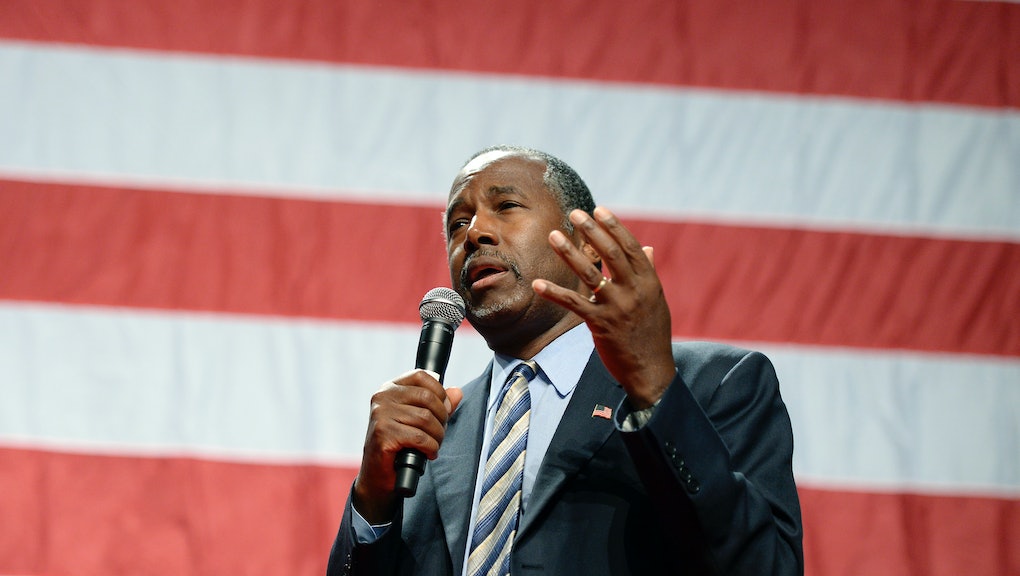 Retired neurosurgeon Ben Carson has never held office, but his comments on political issues appear as though he's been priming to run for president for years.

In the latest NY Times/CBS News poll, Carson is neck and neck with real estate tycoon Donald Trump, who has been the Republican Party's frontman since shortly after announcing his campaign in mid-June.

Now, with the media spotlight on Carson, audiences will be critiquing how he favors among the rest of the Republican hopefuls at Wednesday night's CNN Republican Primary debate at the Reagan Library in Simi Valley, California.

However, voters can already look to the doctor's stances on some key issues to get a better idea of who he is, and what the United States might look like under his leadership.

On climate change: Carson doesn't seem to believe that humans have just about anything to do with climate change, according to his campaign. The presidential candidate shared his views on global warming (or lack thereof) in a recent interview with the San Francisco Chronicle:

The statement caused quite a bit of backlash from scientists and Americans who believe humans have an impact on their environment. California Gov. Jerry Brown sent Carson a copy of the United Nations Intergovernmental Panel on Climate Change's "Synthesis Report," which details evidence of human impact on climate change. Brown asked Carson to use his "considerable intelligence" to review the documents, while noting "climate change is much bigger than partisan politics."

On vaccinations: While Carson may not see any issues concerning global warming or climate change, he seems to take vaccinations very seriously. In an article for the Washington Times, Carson writes:

The important thing is for us to make sure that the public understands that there is no substantial risk from vaccines and that the benefits are very significant. Although I strongly believe in individual rights and the rights of parents to raise their children as they see fit, I also recognize that public health and public safety are extremely important in our society. Certain communicable diseases have been largely eradicated by immunization policies in this country. We should not allow those diseases to return by forgoing safety immunization programs for philosophical, religious or other reasons when we have the means to eradicate these diseases.

While most other candidates seem to agree with Carson that vaccinations are good for public health (GOP candidate Carly Fiorina is somewhat skeptical), he takes the issue a step further, saying every single American should be mandated to take vaccinations regardless of religious affiliation or philosophical stance.

As Carson continues to surge in the polls, his appearances across the country and during the national primetime debates will help make or break the candidate before the general election. The debate is at 8 p.m. Wednesday on CNN.