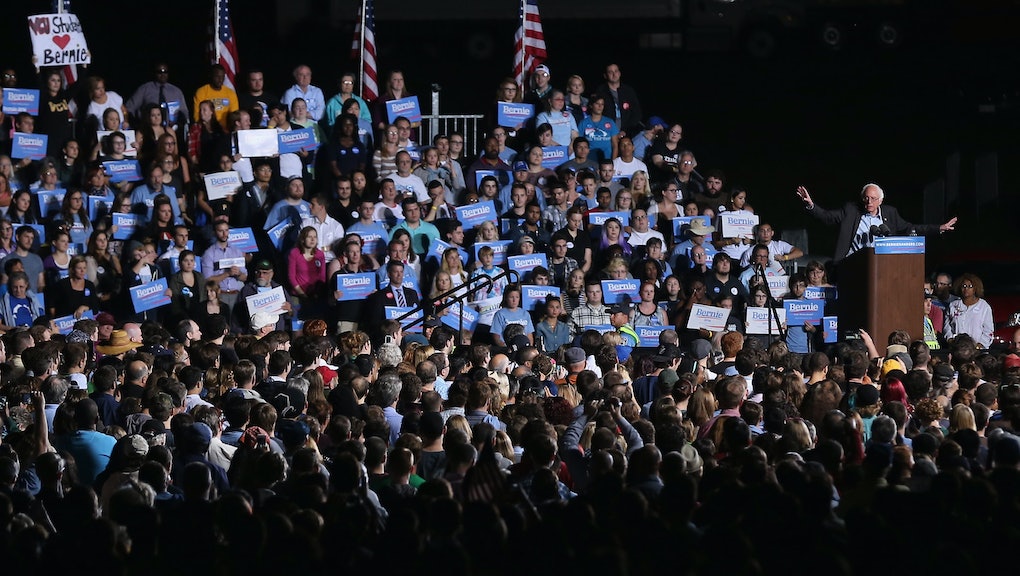 Bernie Sanders Is Surging, and Starting to Get the Attention of Top Republican Candidates

Bernie Sanders is rising in the polls, and it's not only Democrats who are taking notice.

According to the estimates cited in the report, Sanders' single-payer health care system would require $15 trillion in new spending, with additional funds necessary to bolster Social Security and subsidize tuition-free public colleges. The Sanders campaign told the Wall Street Journal that new and increased tax burdens on the wealthy — most notably a "Robin Hood Tax" on financial transactions — would help subsidize the program.

Two for one: Bush's jab has the dual effect of alerting Republicans and more moderate Democrats to the considerable price tag attached to Sanders' platform and, perhaps even more to the point, of raising the insurgent's national profile, a savvy bit of maneuvering aimed at creating headaches for Hillary Clinton.

Sanders has pulled ahead of Clinton in a number of recent polls out of early voting Iowa and New Hampshire, but according to a recent Quinnipiac poll, 38% of registered Democratic voters said they hadn't heard enough about him to render an opinion. Only 11% were still unsure about Clinton.

Given the trajectory of the race — and the months of campaigning to come before a vote is cast — those figures suggest Sanders has significant space to make further inroads against the former first lady, senator and secretary of state. Clinton, for all her campaign's efforts to shift the narrative around her, has been a high-profile national figure for nearly a quarter-century. Relative to Sanders, she is unlikely to significantly grow her base of support.

More to come? For Bush and other establishment Republicans, the decision to set their sights on Sanders could represent a new front in the fight against... Donald Trump. The billionaire frontrunner has stolen the headlines from his more careful colleagues, but a clash on social media with its most outspoken liberal could go a long way in winning Bush a larger share of attention from the conservatives he is struggling to corral.

Sanders surely welcomes the fight. Clinton and Bush, despite growing disputes within their own parties, have consistently kept one another in the crosshairs. But Clinton has rarely mentioned Sanders by name, just as Sanders has stayed true — so far — to his promise to avoid anything resembling a "negative" political attack on his rival.

A dust-up with Bush, however, allows Sanders to more aggressively cast himself in opposition to a leading establishment candidate without undermining his no-nonsense appeal to undecided or previously unengaged liberals.