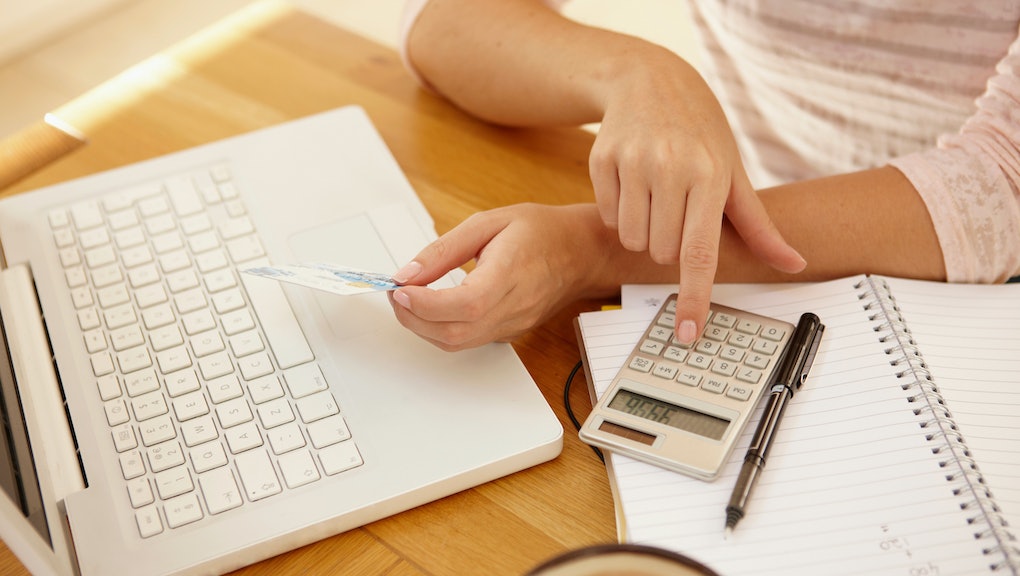 Remember back in sex ed when teachers would be all, "Whenever you have sex with someone, you're also having sex with everyone they've had sex with"? This admonition comes to mind after a quick interaction with a British pharmacy chain's new online tool — a sex calculator.

To commemorate Sexual Health Week, an annual event coordinated by the U.K.'s Family Planning Association, the site calculates how many partners you may have come into indirect contact with over the course of your sexual history. (This isn't the first time Lloyds Pharmacy has released a calculator like this: The company also released another version back in 2013.) The results are based on U.K. data for the average number of sexual partners, organized by age group and gender.

To find your number, simply enter how many partners you've had, according to age group and gender:

Based on that data, the site calculates approximately how many sex partners your partners have had, repeating that process five more times (hence the Six Degrees of Separation gimmick).

Then watch your number go from zero to 4.8 million reeeal quick:

Feeling a little bit slut-shamed right now? That's OK — to be honest, so do we. But according to the pharmacy's website, the point of the calculator isn't to call all of us out for having casual sex with multiple partners. It's intended to raise awareness of sexually transmitted infections and the importance of regularly getting tested.

Considering 440,000 people in the U.K. were diagnosed with an STI in 2014, this is certainly a valuable message. And it's never a bad idea to remind people of the importance of regularly having safe sex.

That said, the value of the sex calculator diminishes when you consider these results are just an approximation, based on data of the average number of sex partners for people in the United Kingdom. (In case you're wondering, that number is nine, which translates into nearly 4 million sexual partners by proxy, according to the survey — but a 2013 national survey puts that number at 11.7 for men and 7.7 for women, respectively.)

Which raises the question: How important is this number, exactly? Do we really need to know how many Ps and Vs our partners have touched — and their partners, and so on and so forth — to know that it's usually a good idea to use protection during sex?

Zhana Vrangalova, a sex researcher who teaches at New York University, told Mic that no, we absolutely do not.

"Given that most people will have multiple partners in their lives, I think this number is pointless," she said. "It might make for a cool gimmick, but in terms of health and prevention of STIs, it's completely useless."

Instead, Vrangalova says that it's more important to know your risk factors and get tested regularly according to how many new sexual partners you have. For instance, if you're monogamously committed, maybe get tested yearly; if you're getting it on to the tune of five or more new partners a year, it's a good idea to get a checkup approximately every three months.

But even though we tend to think of how many people someone has slept with as a good indicator of their sexual history, the sex calculator proves that no matter how many people you've actually slept with, your number of partners by proxy is bound to be pretty damn high. If nothing else, the calculator proves how fundamentally useless the slut-shaming implications of the "What's your number?" question are — regardless of whether you've slept with three people or 300.

So feel free to poke around (pun also intended!) on this nifty little tool if you want to have a good chuckle (or an ego boost, depending on how you look at it). But take the results with a grain of salt, because when it comes right down to it, it won't tell you anything about your sexual history — or your partners' sexual history, for that matter.