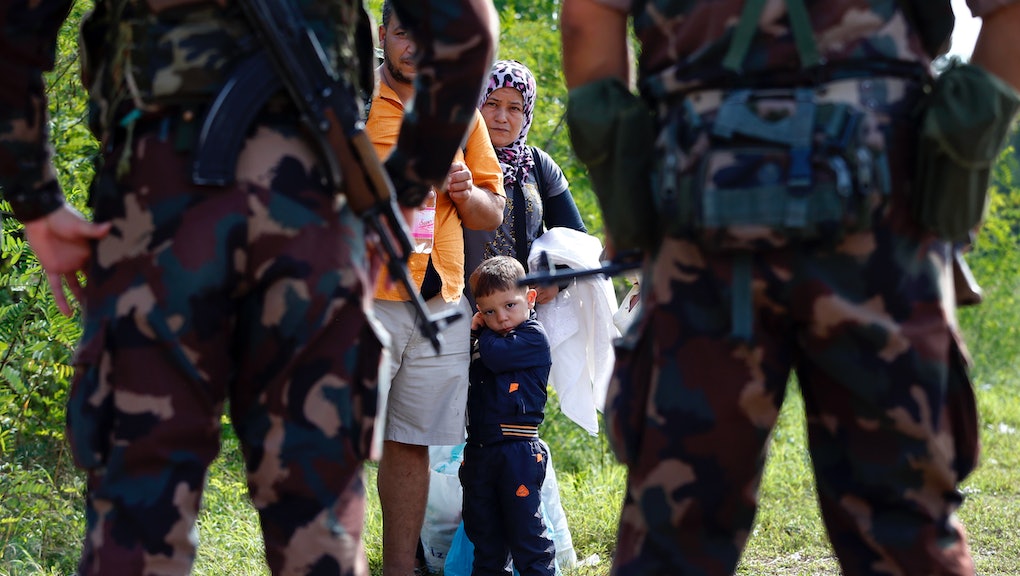 A Syrian Refugee Did a Facebook Q&A, and It Went Just as Badly as You'd Expect

For a look at how Westerners really feel about the millions of refugees fleeing war in Syria, Iraq, Afghanistan and elsewhere, just see the angry questions the Internet has for them.

CNN International recently hosted a public Facebook Q&A with a Syrian refugee named Milad, whom the agency reported "arrived in the UK in December after a long journey from Syria. He was a dentist in Syria and is hoping to find similar work in London."

But instead of understanding or queries about the larger issues, Milad was mainly bombarded with questions about why Middle Eastern refugees can't keep to their own region, accusations he was a coward for abandoning his family and proclamations he should have joined a militant group to fight for freedom in Syria.

One Facebook user demanded to know how Milad could have left his family behind.

A few accused refugees of being cowards or covert Islamic State group terrorists.

One person accused Syrians of being slackers looking for a handout.

Finally, many people asked why refugees can't just stay in their own country or region.

"You should ask people who've suffered before from war," Milad responded. "It's not an easy thing, especially when you see a lot of people around the world who don't care about you and live normal lives ... and think that just you, because you are Syria should fight and not live a normal life."

At the end, Milad signed off with a heartbreaking plea for people to respect  migrants as human beings.

The hostile response from CNN's comments section was noted on Twitter by New York magazine's Dan Amira, among others:

A cold reception: This kind of hostile response toward the estimated 381,000 refugees that have traveled to continental Europe from conflict-ravaged countries might seem aggressive, but it's far from an anomaly. Politicians with a conservative outlook on immigration and resettlement of refugees have long hindered efforts to help migrants.

In Hungary, the ruling right-wing coalition has begun shipping refugees arriving in the country from squalid camps to the Austrian border. Meanwhile, the Gulf governments of the region continue to largely ignore the urgent need to help the migrants.

"I know we get bad press outside the country," Gergely Gulyás, a conservative Hungarian parliamentarian, recently told Der Spiegel. "In the media landscape, the left-wing and liberals dominate. They have zeroed in on us ... We want to decide ourselves how many Muslims we live with."

Stateside, presidential candidates have offered an array of excuses as to why the United States cannot accept more refugees, from the risk that some may be Islamic State members to accusations they just want American entertainment.

"We don't know whose those people are, and the majority of them are young males, and they could easily be people who could be infiltrated by terrorists," Republican candidate Ben Carson recently told CNN's John Berman.

"Are they really escaping tyranny, are they escaping poverty, or are they really just coming because we've got cable TV?" fellow candidate and former Arkansas Gov. Mike Huckabee asked a crowd at the conservative Eagle Forum conference this past weekend, the Week reports. "We will send some assistance through our charitable organizations for some hospitals and schools. We will design the curriculum for those schools. They won't be madrassas to teach terrorism."

While public opinion toward migrants is indeed shifting rapidly, the angry comments that greeted Milad fit a still-dominant pattern of distrust and disdain for the millions of people that still need help. It's also another example that it may be some time before they are treated with basic dignity.