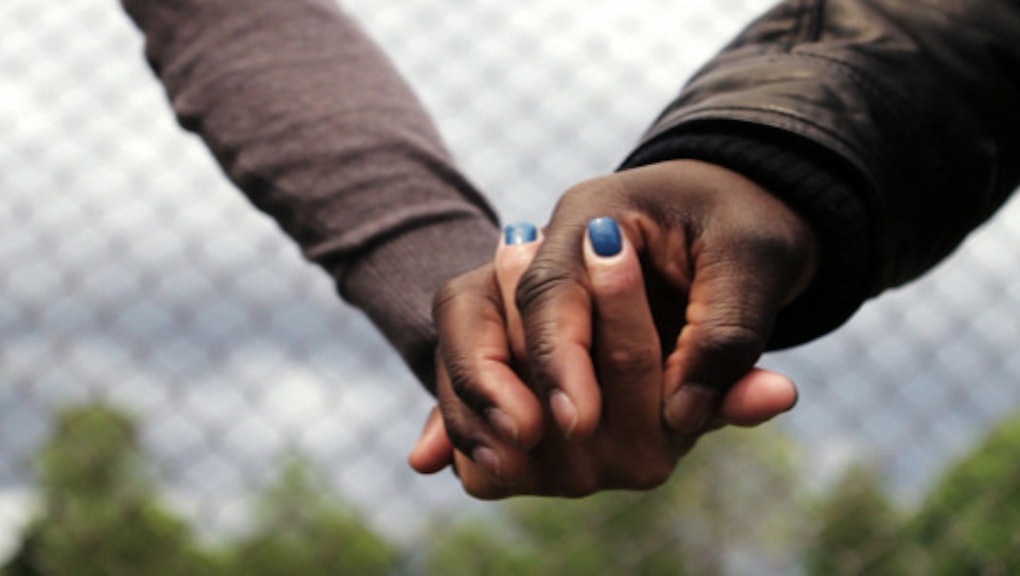 Grappling with ghosting or the politics of texting are annoying parts of the dating game, but adding racist statements and microaggressions takes the difficulties to another level.

When it comes to courtship, even the slightest forms of racist discrimination emerge on every level. But it's not always easy to take a stand against such treatment. One young dater, Maria, told Mic, she "always shrugged it off" because she "never knew how to express how poorly those statements made me feel about myself" and "didn't have the language to really understand why those things were not okay."

Several millennials of color shared some of the racist things told to them on dates:

While many people claim to (and may very well have) a particular "type" they're attracted to, there are undeniably some who use this framework to couch what is actually racial discrimination.

"If you say that your type is a blond, blue-eyed guy or a 'cute Jewish boy,' it's a waste of my time to even make an attempt at dating you," Ron told Mic. "It's obvious that you can't see past race as far as the concept of attractiveness is concerned." Any time he's rejected, he said, he has to wonder if "they didn't like me or if I just don't fit the acceptable 'type.'"

Annie* has also experienced this firsthand. "I once started seeing a Persian guy in high school who was like a perfect match for me," she told Mic. "One day he told me that he thought I was really beautiful and he loved my company, but he would never seriously date a black woman. He said he was only interested in dating white women with blonde hair and blue eyes. He said that was his 'type.'"

"You're so beautiful for a Mexican."

On the other hand, many people of color have encountered potential partners who are all too eager to date them based on their race alone.

Men have told Chloe, who is half Chinese and half Irish, that she's "very exotic" and "the closest they have been to Asian." Aly, who is also half Chinese, has similarly faced such fetishization. One person she matched with on a dating app, for example, used the oh-so-eloquent opening line "I like Chinese."

Maria noted that racial stereotypes about Latina women's bodies has informed others' sexual interest in her.

"One ex-boyfriend actually said that the only thing that gave away that I was Mexican was my ass," Maria told Mic. Another partner once referred to her as being "so beautiful for a Mexican."

"I only date men of color because they're good in bed."

In addition to their appearance, people of color have encountered individuals whose interest in dating them is based on race-based preconceived notions about their personality or abilities.

Ron said he "dated a woman a few years back that only dated men of color," based on the belief that "they were better in bed" — a belief that, while superficially flattering, ultimately felt "a bit insulting and demeaning, implying that everyone who is a certain race shares a certain characteristic. It's pretty much the same situation as being told that all black guys are aggressive, but with a positive spin that doesn't make it any less racially charged."

"Don't your parents want you to have an arranged marriage?"

Of course, there are those who can't just see people of color as individuals and regard them as inherently embodying racial stereotypes.

Sahil has heard everything from a girlfriend stating he couldn't cook in her kitchen because "it will start to stink" to asking, "Don't your parents want you to have an arranged marriage?" Another asked him to shave his beard so he would "blend in better."

"I even had a girlfriend who didn't want to get on a plane with me because she was afraid she'd be more likely to get randomly checked traveling with a bearded brown guy," he told Mic.

Aly said the racism she's experienced usually comes from men "trying to find more about me," which is intended less to blatantly offend her than it is to point out "the fact that I'm something untraditionally American," she told Mic.

"Because I'm mixed, I [hear racist statements] a lot further into discussion," she said, adding that people frequently ask her what her background is, made objectifying statements about Asians being beautiful and ask to guess where she's from. Her answer to the latter (Ohio) often surprises people far too often.

Alternatively, when people of color don't fit stereotypes affiliated with their race, they are often subjected to insulting comments.

Because she doesn't speak English with an accent, Paula told Mic, "many people have assumed I'm trying to exoticize myself or I'm embellishing my non-Americanness for attention," especially, but not exclusively, in a romantic context.

"I answer a call from my parents and speak perfect Spanish and they freak out because it turns out I was telling the truth," she said.

It's up to all of us: Even with interracial marriages on the rise, that racism occurs in the context of finding love demonstrates just how deeply ingrained these attitudes still are in American culture — and why pushing back, in individual relationships as well as starting dialogues like these, is crucial.

*Names have been changed to allow subjects to speak on private matters.