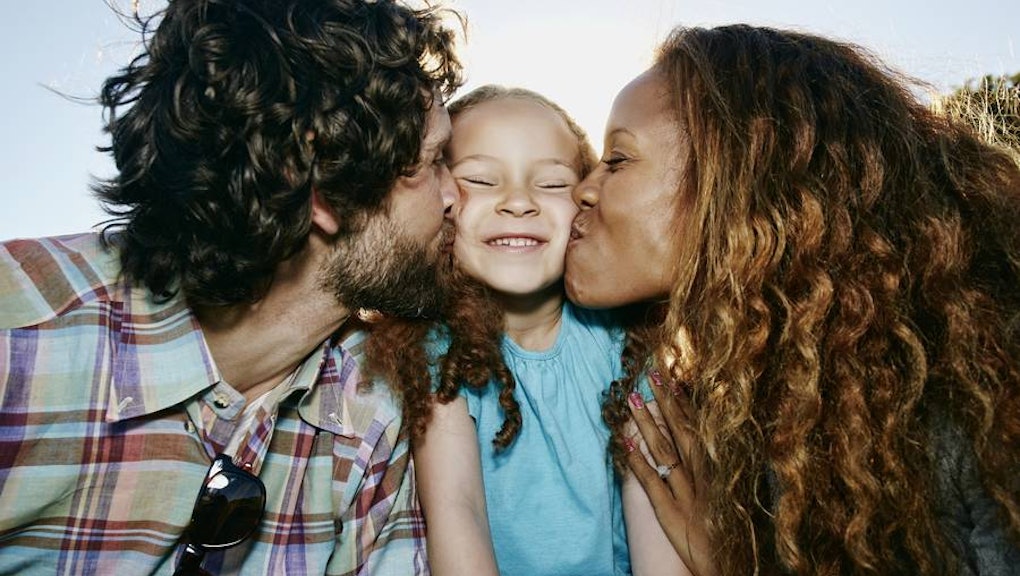 This Hashtag Shows What Being Biracial in America Really Looks Like

In 1970, only 1% of newborn babies were of mixed race; by 2013, that figure reached 10%, and about 9 million Americans chose two or more racial categories when asked to identify their race, according to the Pew Research Center. Yet plenty of misconceptions about bi- and multiracial individuals pervade. It's a type of ignorance writer Jaya Saxena knows all too well.

"I'm often mistaken for something vaguely 'ethnic,'" Saxena, whose father is Indian and whose mother is white, wrote in a 2013 article in The Toast about her racial identity. "But no one has ever guessed that I was part Indian on the first try."

On Tuesday, Saxena continued this conversation by launching the hashtag #BiracialLooksLike.

"Among many biracial/multiracial people I know, there is anxiety over whether we look enough like what we 'are,'" Saxena tweeted. "We are made to feel like we're not 'enough' for our heritages, we're not 'really' any of them, because we don't look one way or another," she wrote. "Or we're made to feel we have to choose, but often that choice is made by others who look at us and think they know who we are."

"I want to show, and for everyone to know, that there is no one way for biracial to look," she wrote.

Plenty of individuals soon joined in by sharing photos of their families and themselves:

They also discussed the actual experience of identifying as bi- or multiracial, including combating stereotypes and ignorance about their appearance.

These anecdotal experiences of ignorance and misunderstanding are, unfortunately, backed by fact: The majority of multiracial Americans say they have faced racist slurs or jokes, and about a quarter say others have made assumptions about their racial background, according to a 2015 Pew Research Center study.

And yet the multiracial population is only growing in the United States. Interracial marriages are at an all-time high — the rate of new marriages in the U.S. between two people of different races has more than doubled in the past 30 years, according to the Pew Research Center. Meanwhile, millennials are the most racially diverse generation in this country's history, also according to Pew.

It's high time, therefore, that all Americans push themselves to better understand and accept this experience. As Saxena wrote in theThe Toast, "Maybe we shouldn't be so quick to judge others if they don't fit a profile we have in our heads. It didn't make my identity any less of a mystery to me."