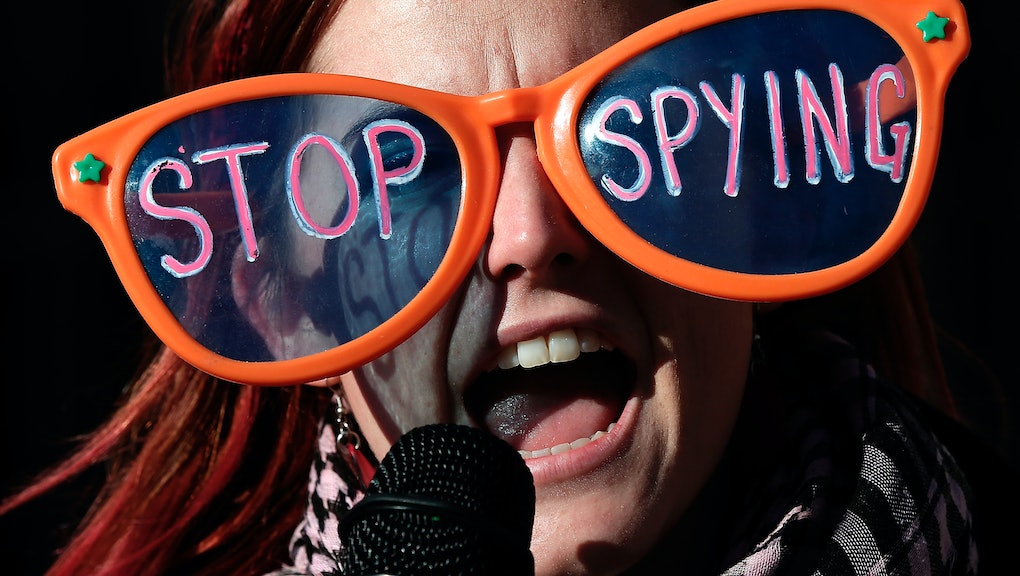 If you're a law-abiding citizen of the great U.S. of A., you've probably heard about out ubiquitous, panopticon-like government surveillance. Chances are, you're not too concerned: You have nothing to hide, right?

But wouldn't you want to know for sure what the government knows about you?

A new tool allows you to ask if the National Security Agency has been spying on you and sharing your information with foreign intelligence services. Technically, the tool is a form you fill out with British advocacy group Privacy International that asks them to put in a records request. (I submitted a request myself and have yet to hear back.)

Just submit your name, phone number and email address, and they'll tell you if the NSA has been looking over your shoulder.

The search is limited. Privacy International's petition only lets you access data shared between the NSA and the British intelligence agency, GCHQ, and only before December 2014. So if the NSA or GCHQ spied on you and didn't share that information with their allies across the pond, this form won't show a response.

Why were you under surveillance? The number of reasons why you might have been swept up in NSA surveillance is staggering. If you had any international communication, if you were outside of the country and researching ways to keep your connection private — the surveillance effort was so broad, your information could have been piled in with millions of others who haven't committed any discernible crime.

"Rather than look for a single needle in the haystack, [the head of the NSA's] approach was, 'Let's collect the whole haystack,'?" the Washington Post reported a former senior U.S. intelligence official said in 2013. "Collect it all, tag it, store it. ... And whatever it is you want, you go searching for it."

The types of information they were looking at are as diverse as the reasons you might have ended up in haystack of collected data. Besides basic personal info, the NSA has collected credit card purchase information, text messages, bank transactions, radio signals and any number of digital communications.

To get your information through Privacy International, you have to submit your name, email address and phone number, but once the request is filled, GCHQ will dispose of that data. Besides, do you think they couldn't get access to that information if they wanted it?