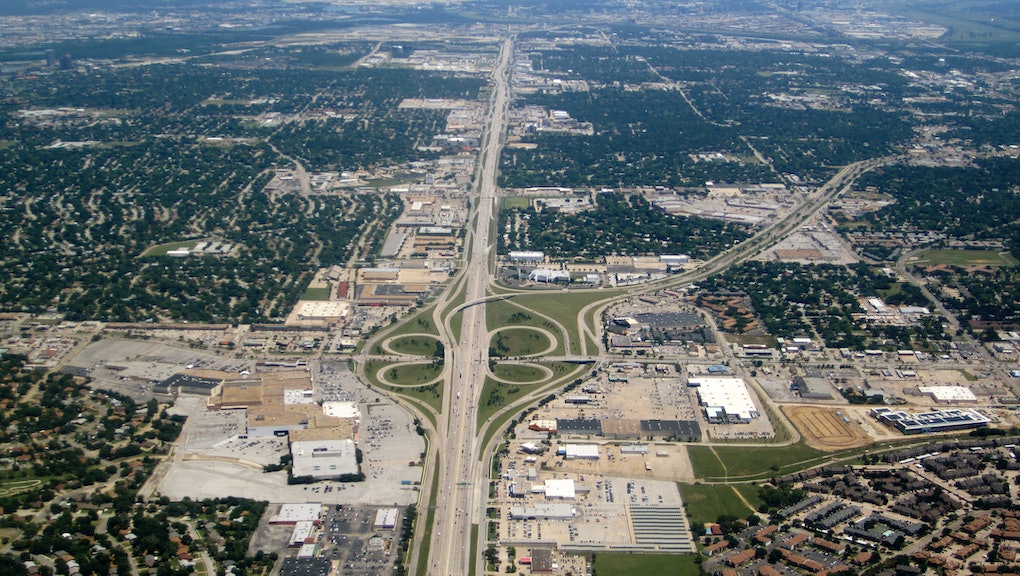 Texas City Where Ahmed Mohamed Was Arrested Has a Long, Disturbing History of Islamophobia

The Internet is furious over the arrest of Ahmed Mohamed, a 14-year-old Muslim high school student whom police arrested at MacArthur High School in Irving, Texas, after bringing a homemade clock to school that officials said resembled a bomb.

Critics say Mohamed's arrest reflects Islamophobic attitudes across the U.S. But the city where Mohamed was arrested already has a particularly sore reputation for anti-Muslim activism.

Welcome to Irving: Irving is the same town that generated right-wing headlines earlier this year fretting over the supposed creation of a Sharia court in the city limits. The town of nearly 230,000 has a large immigrant population, and while no official demographic data is available, local Imam Zia Sheikh of the Islamic Center of Irving estimates the size of its Muslim community to be 30,000 to 40,000.

The Sharia court in question never existed (according to Politifact, it was an alternate dispute-resolution system run by four local religious leaders), but Irving mayor Beth Van Duyne politicized the rumors in February 2015 to adulation from conservatives the country over. At the time, Van Duyne wrote to right-wing entrepreneur radio personality Glenn Beck:

While I am working to better understand how this "court" will function and whom will be subject to its decisions, please know if it is determined that there are violations of basic rights occurring, I will not stand idle and will fight with every fiber of my being against this action. Our nation cannot be so overly sensitive in defending other cultures that we stop protecting our own. The American Constitution and our guaranteed rights reign supreme in our nation, and may that ever be the case.

As a result of her words and actions, Van Duyne made Irving a flash point of the ongoing conservative backlash over Sharia law, a concern prominent enough on the right that it became a campaign issue during the 2012 Republican presidential primaries.

Now, Irving's mayor is a prominent anti-Islam activist. In response to Mohamed's arrest, Van Duyne defended the actions of school staff and police, taking to Facebook to write, "I do not fault the school or the police for looking into what they saw as a potential threat [...] we have all seen terrible and violent acts committed in schools, the workplace and in public venues. Perhaps some of those could have been prevented and lives could have been spared if people were more vigilant."

Hours later, the post had been edited to remove references to mass violence. Instead, the post now discusses how Van Duyne "would be very upset" if it happened to her own child.

Aside from Wednesday's post, Van Duyne has been sounding the alarm about the threat posed by clandestine Muslim extremists all year.

Just months ago, according to the Dallas Morning News, Van Duyne had successfully transformed the Sharia controversy into a speaking tour "about Muslims, a biased media and what she called an effort to destroy the country 'from within.'"

While she was traveling the country to talk about the threat Democrats and Muslims posed to Americans' constitutional rights, the paper noted Van Duyne was misrepresenting the dispute resolution service as a separate system of law and sharing "wildly inaccurate" blog posts with titles like "Muslims Demand Texas Mayor Surrender After She Attacked Shariah Court."

The mayor's efforts did seem to have given a voice to Islamophobic members of the Irving community.

"Sharia law is Islam. And Islam's goal is to immigrate, assimilate and annihilate," one speaker said at a city meeting in April, CBS DFW reported. When fellow audience member Laith Albataineh interrupted to say, "That is offensive. That is offensive. Show some respect. You do not call my religion that," police escorted him out.

When police arrested Mohamed, he says they acted like they had believed him to be a threat all along.

It's part of a bigger problem: Texas more broadly has been a hotbed of anti-Islamic sentiment in recent years.

In January, protesters interrupted hundreds of people celebrating Texas Muslim Capitol Day, an event hosted by the Houston branch of the Council on American-Islamic Relations, by seizing the podium while yelling "by the grace of God, you will not dominate Texas!" That month, state Rep. Molly White, a Republican from Belton, told her staff to ask Muslims to swear allegiance to U.S. and renounce Islamic terrorist groups before being let into her office.

"Sharia law ... it's the whole way of life to a certain religion," Texas state Rep. Leo Berman told his colleagues while promoting anti-Sharia legislation in 2011. "It's starting in Europe because of a large population of Middle Easterners ... and it could spread through the United States."