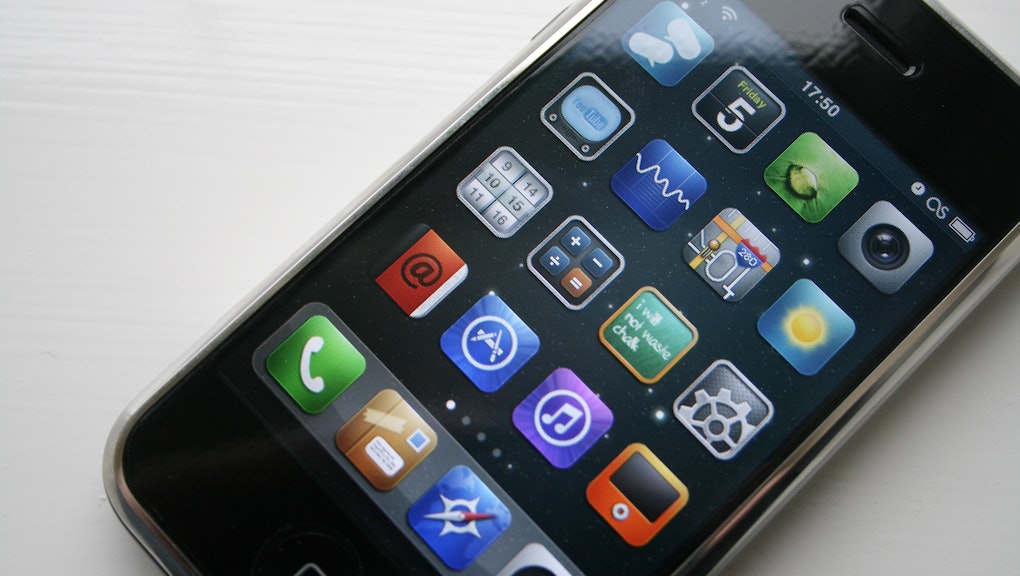 On a typical day, 1.6 million users in more than 192 countries send more than 70 million messages and 5 million pictures to each other on Grindr, the location-aware gay dating app that is now six years old.

While that level of worldwide connection is astounding, not all of Grindr's connections are created equal.

Matthew* — a black, 29-year-old Los Angeles resident — said he remembers a striking moment of racism while browsing Grindr one night. An attractive white guy began to chat with him. He felt the man was out of his league. The conversation quickly became highly sexual. Desires and interests were put on the table.

"He eventually said that he had a fantasy of having his white boi pussy raped by a big-dicked nigger," Matthew told Mic in an email. He said he blocked the user and signed off, promptly.

Preference or racism? While those who practice sexual racism may see what they do as separate from harboring racist attitudes, recent research disagrees. A study published in the October edition of Archives of Sexual Behavior argues sexual racism "is closely associated with generic racist attitudes, which challenges the idea of racial attraction as solely a matter of personal preference."

For Kevin Nadal, even subtle moments of racism indicate deeper attitudes regarding race. Nadal is the executive director of the Center for LGBTQ Studies at City University of New York's Graduate Center. Nadal has published several works on microaggressions, which are subtle forms of bias or discrimination that, while often well intentioned, can be taken in hurtful or offensive ways by those who experience them.

"People who make it a point to state that they have racial preferences, they need to examine some of the biases they have that lead to what they call those preferences," Nadal told Mic. Nadal said people of color tend to be exoticized or viewed as less attractive due to long-held portrayals painting people of color as inferior and white people as ideal in terms of attractiveness.

Even attention intended to be positive but based on assumed racial traits can be harmful, according to Nadal.

"People who are viewed as the norm in terms of standards of beauty, they may not even recognize that their experiences are different from those who don't fit that standard," Nadal said. "People of color who do go on sites and get this attention, they get messages that people are attracted to [them] simply because of their racial features that they view as exotic or something that's different and new — that they can be treated more like objects."

Many of the gay men of color who spoke to Mic described how they felt being exoticized or expected to adhere to certain limitations of what their race or ethnicity might entail.

Louie, 38, a Latino Philadelphia native, told Mic that he often had to deal with assumptions about his bedroom practices because of his race and appearance.

"White men consistently assume that I am a top because I am brown and have a beard," Louie said. "Then get mad and say 'Well do you have AIDS since you're a bottom?'"

Louie said his interactions with white men on Grindr have since forced him to change how he operated on the platform. "I no longer use Grindr, but when I did, I didn't return any messages from white men. And if they messaged me, I blocked them," he said. "I get everyone is looking for a fantasy on Grindr, but forcing that fantasy on someone is something different."

A random user threw a highly racially-charged epithet (pictured below) at Eliel — a 24-year-old, Latino Atlanta native — while he was browsing Grindr recently.

"Because of my ethnicity he, and many other white gay men, deem me to be ugly," Eliel told Mic. He said he's stopped letting it get to him. "I believe my ethnicity is beautiful," he said.

Even worse than outright racial bias is the reactions people of color receive when attempting to push back against it.

"When people of color call white people out on racist bias," said Nadal, who co-authored a 2007 paper detailing the impact of white people's reactions to microaggressions, "or racist dynamics in dating, that can often lead to overt bias or prejudice in that people of color are told directly that their perspectives are wrong or they are being overly sensitive and that their reality is not the truth."

Getting people to admit to their own biases can be difficult. "Most people want to view themselves as good people and are hesitant or are in denial that they have racial biases," Nadal said. "Whereas, there have been studies for the past 40 years on implicit bias, which connotes that everyone has some sort of implicit bias."

Evading bias: Larry, a 33-year-old Filipino from New York, told Mic that he has experienced a lot of implicit bias on Grindr, to the point that changing his race from "Asian" to "Other" increased the amount of people who spoke to him.

"I can't isolate all the variables, because I also did change my profile picture, but I just know that I got hit up a whole lot more than I had in the past and by guys who hadn't responded to me in the past," Larry told Mic.

Larry said many of his friends have stories far worse than his. "Someone hit [my friend] up on Grindr and kept making these terrible references like 'Do you wanna suck on my egg roll?'" he said.

Nadal doesn't see a problem with having a racial preference, but it's the way people choose to express it that matters.

"There's a power play happening where they want people to know that one group is superior for them or other groups are not to even talk to them," he said.

Alternative ways of expression are available, Nadal said. "There's another way, which is to be silent about who you are romantically or sexually attracted to, and you can tell somebody if asked."

Nadal stressed that, in the end, the burden to examine these attitudes really does rely on those who perpetuate racist micoraggressions — to reexamine why they feel that way.

"In terms of romantic attractions, if somebody is not attracted to a certain race in absolutes, then that's something to question in terms of 'Why do you think that is?'" he said. "What does that say about your feelings or attitudes towards that group?"

*Last names were withheld to allow subjects to speak freely.