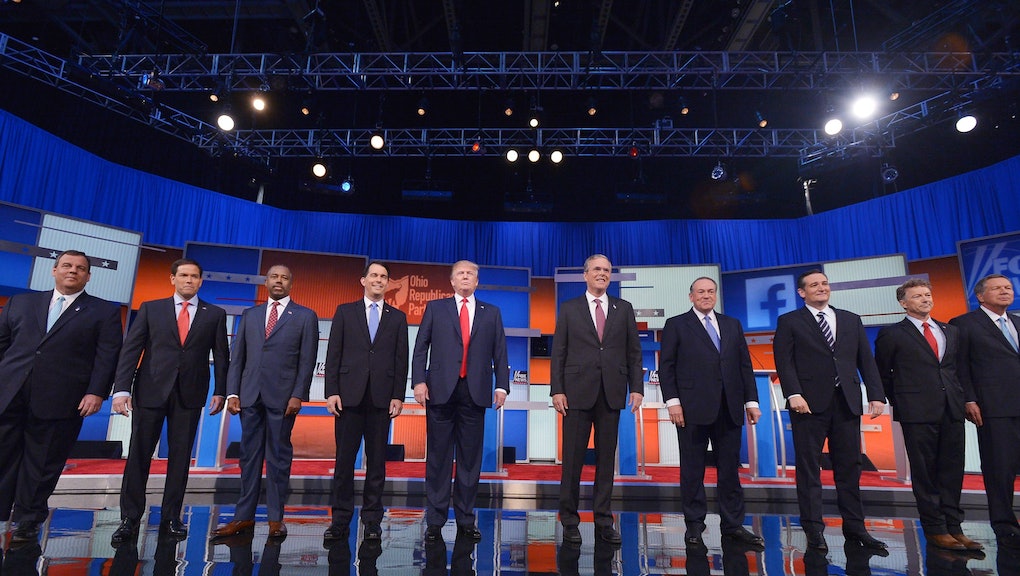 What Channel Is the GOP Presidential Debate on? Start Time and Other Quick Facts

The debate, which CNN is hosting, consists of two parts: a lower-tier, smaller debate and the prime-time debate. The first includes candidates who weren't polling high enough to reserve them a spot on the main stage, an invitation that went only to the top contenders. The pre-debate debate is scheduled for 6 p.m. Eastern and is expected to go until 7:45 p.m. The main event is slated for 8 p.m.

CNN is airing the debate live. Tune into DirecTV channel 202 or check your local cable listings for channel availability. The network said it will stream the debate for free online.

Fifteen candidates are expected to participate in Wednesday's GOP debate — four in the first debate and 11 in the main debate. That's two fewer than took part in the party's first national debate, hosted by Fox News, in August.

Former Texas Gov. Rick Perry became the primary's first casualty after he dropped out of the race on Friday. Perry's campaign struggled with fundraising while the candidate's popularity with voters had stalled.