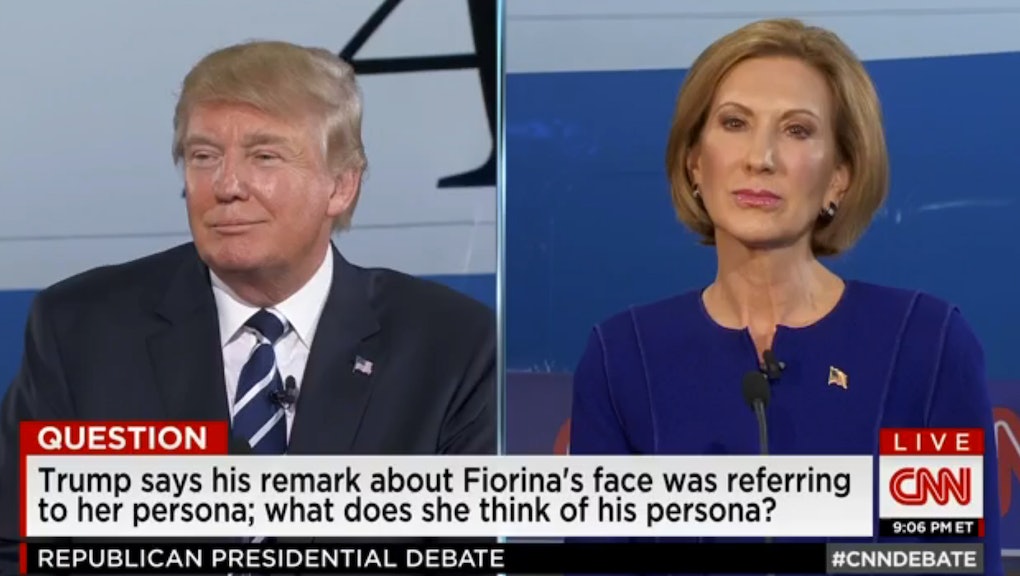 During the second Republican debate Wednesday night at the Ronald Reagan Presidential Library in Simi Valley, California, former Hewlett-Packard CEO Carly Fiorina broke out from the pack at a key moment.

Just before the debate's first commercial break, CNN moderator Jake Tapper asked Fiorina to address the recent controversy surrounding Donald Trump's characterization of her in a recent Rolling Stone profile. Trump was quoted as saying, "Look at that face! Would anyone vote for that? Can you imagine that, the face of our next president?!" Trump later said he was talking about Fiorina's personality.

When asked by Tapper for her reaction, Fiorina offered a succinct response. "I think women all over this country heard very clearly what Mr. Trump said."

The crowd erupted in applause.