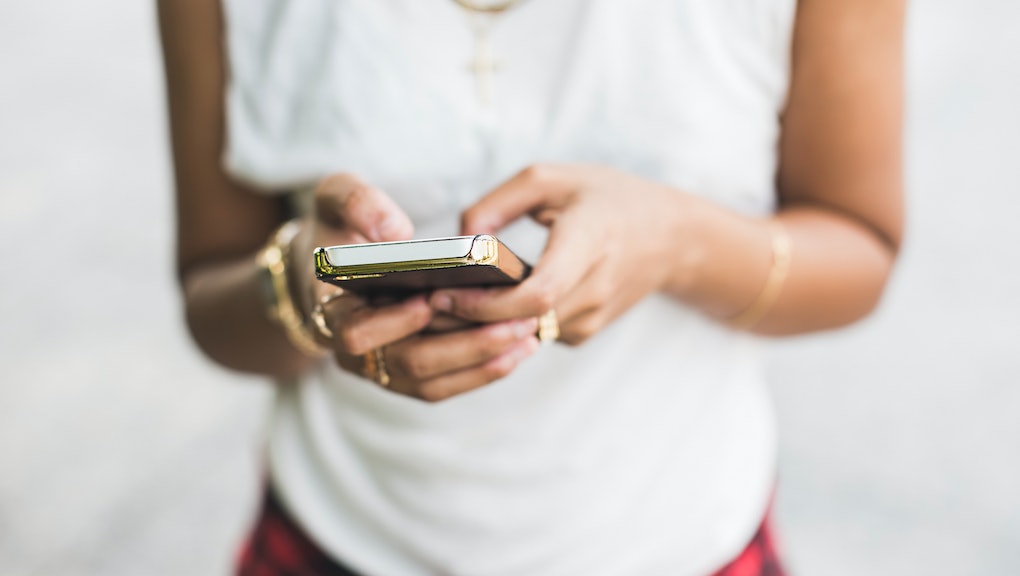 It Wouldn't Kill You to Call Your Parents More, Says Science

For all the concern that helicopter parenting has produced a generation of entitled, narcissistic millennial monsters, today's young adults have turned out pretty OK. In fact, in terms of our relationships with our parents, we're actually doing great: according to a 2012 survey, more than half of millennials keep in touch with their parents every single day.

Despite parents' concerns that we might continue to leech them of their financial and emotional resources until the end of time, greater contact among adult family members could be a good thing for everyone.

In an article for the February issue of The Psychologist, Karen Fingerman, a professor of human development and family sciences at the University of Texas at Austin, found that frequent contact between young adults and their parents isn't cause for concern — rather, it's a trend that could have psychological benefits for the whole family.

Call me, maybe. Although some of the closest contact we have with our parents (i.e. living at home in your 20s) might be a byproduct of negative social trends (i.e. the not-very-hospitable job market), a majority of millennials stay in close touch with their parents, and it's not necessarily because they're receiving financial support from them. They just want to talk to their folks.

"Adults have an innate need for intimacy, sharing one's day, perceiving that someone will help you if you have troubles, and a general sense of belonging," Fingerman told Mic. "Close relationships with parents and ongoing contact can fulfill these needs."

Part of the reason why young adults and their parents keep in touch so often probably stems from the fact that technology has made it way easier for people to stay in touch in the first place.  For instance, a 2012 poll from Clark University found that 55% of millennials reported texting or otherwise contacting their parents daily or almost every day.

It also probably has to do with general demographic shifts — including the fact that so many of us are still single. As Fingerman pointed out, the rise of emerging adulthood has come with greater rates of educational achievement and delays in marriage and childbearing, leading millennials to focus more on nonpartner relationships — including our relationships with our parents.

"In the 21st century, young adults ... delay marriage longer (if they marry at all) than was the case 30 or 40 years ago," Fingerman wrote. "Moreover, young adults who are not married have more frequent contact with their parents than young adults who are married. A prolonged period of 'singlehood' or serial relationships with different partners may raise the importance of ties to a parent during young adulthood."

But is that really so bad? Although millennial parents are typically depicted as over-the-top helicopter parents, Fingerman noted that in reality, kids don't quite feel "smothered" by parental attention. Calling media portrayals of overbearing parent-child relationships "disparaging," she argued that instead of showing signs of "weakness and failure," a kid being dependent on a parent has positive effects on a parent's psychological well-being.

And this effect goes both ways: In previous research, Fingerman has also found that adult children on the receiving end of "frequent parental involvement," such as financial or emotional support, tend to fare better than those who do not. "Clearly grown children who receive financial assistance from their parents have advantages when it comes to pursuing education and gaining a threshold in adulthood," Fingerman told Mic.

Of course, it's possible for parents to oversaturate their children with attention and involvement, and it's true that close parent-child relationships can often result in tension; after all, most close relationships include some level of conflict. But those conflicts haven't really been studied among young adults and their elders, and millennials seem to be charting new territory when it comes to maintaining these bonds.

"Ties between young adults and parents appear to be thriving," Fingerman wrote. "Recent trends in marital patterns suggest intergenerational ties will continue to intensify. ... [And] increasingly, relationships with parents and children are the most important enduring ties in individuals' lives."

So go ahead and call your mom more. You know you want to.