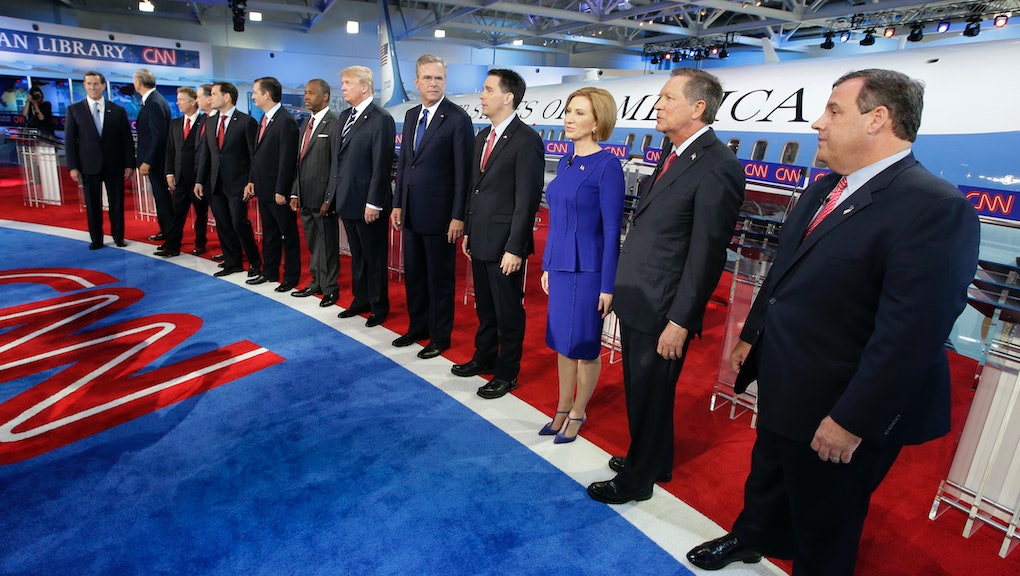 From inflated claims to outright lies, candidates' remarks during the second Republican debate of 2015 didn't always represent the truth. When it comes to fact-checking presidential hopefuls, it can be hard to parcel fact from fiction. Here are some resources for holding candidates accountable for their words.

Factcheck.org: The nonprofit Factcheck.org, a branch of the University of Pennsylvania's Annenberg Public Policy Center, was started in 2003. The group describes itself as a "'consumer advocate' for voters that aims to reduce the level of deception and confusion in U.S. politics."

During Wednesday's debate, the group kept a running list of candidates' remarks not supported by fact or that stretched the truth. For instance, Florida Sen. Marco Rubio said during the debate he never supported exceptions to abortion bans in the case of rape or incest despite having co-sponsored a bill in 2013 that had such exceptions, Factcheck.org reports.

Here's their take on Wednesday's debate.

The Washington Post's "Fact Checker:" This feature promises to expose the "truth behind the rhetoric."

"Its operator, Glenn Kessler, doles out zero to four Pinocchios to statements based on the degree of a claim's factuality, completeness and intended effect," the Independent Voter Network reports.

On Wednesday, 15 Republican candidates for president took the debate stage at the Ronald Reagan Library in Simi Valley, California. CNN, the night's host, split candidates into two tiers. The candidates with the highest overall poll numbers were invited to the prime-time debate at 8 p.m. Eastern. Based on the network's criteria, 11 candidates made the cut.