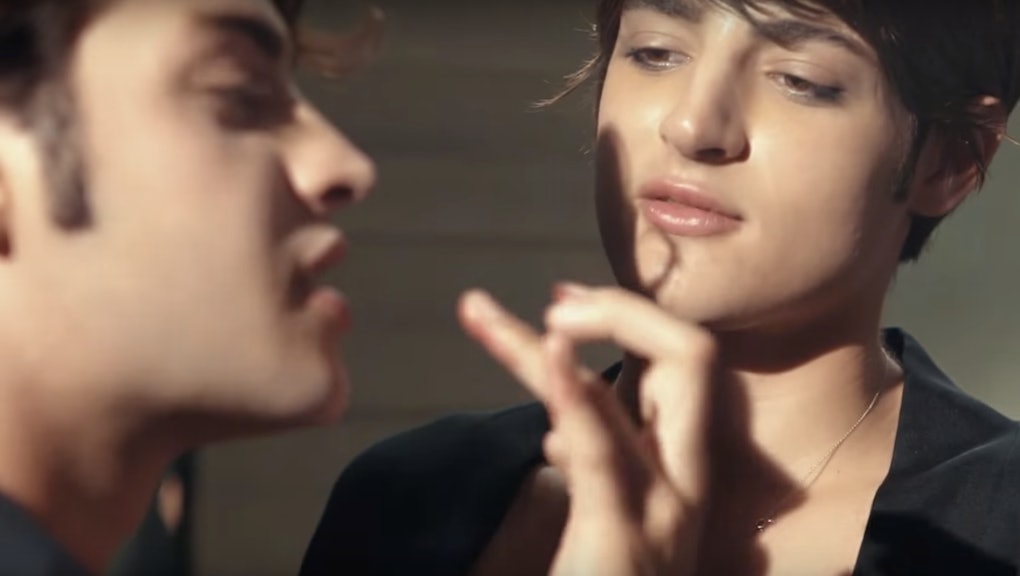 MAC Cosmetics has announced a new collection of products, with the help of a few famous faces. But unlike the usual female celebrity endorsement, which we've seen from the likes of Miley Cyrus, Rihanna and Lady Gaga, the faces of this collection are two brothers, socialites Peter and Harry Brant.

It's not the first time MAC has dabbled in the idea of men and makeup — RuPaul and Johnny Weir have both starred in MAC campaigns. But this is one of the first times that men have created a collection for MAC, made for male shoppers too.

The Brant brothers, who are the sons of model Stephanie Seymour and businessman Peter Brant, broke the news via Harry Brant's Instagram with a photo of him applying makeup to his brother's face.

The collection, which launched Thursday online, includes only three items: an eyebrow finisher, a foundation palette and a creamy highlighting base. Their goal, Peter Brant told MAC, was to develop "products that are universal for everyone... Ones that are easy, unisex and very flattering on all skin tones."

Not for men, not for women — just makeup.

Sarah Brovda, MAC Cosmetics' global communications coordinator, told Mic, "As our credo at MAC is 'All Ages, All Races, All Sexes,' anyone and everyone is encouraged to wear any product from any collection."

Men are in on the makeup action more than ever before. As Mic reported last month, male makeup artists have broken onto the YouTube beauty tutorial scene to share their own tips and tricks, and not just for women. Slowly, surely, they're opening the booming and female-driven makeup market for men to use products to enhance their features, if they so choose.

"I don't think a lot of men would think to use some of our products, and they should," Peter Brant said. "It's not really pointed out to them. Eye brow gel, highlighter, these are all things that would look really great on guys."

Plenty of men online feel the same, such as Jake-Jamie Ward, who encourages men to open themselves up to makeup's functional uses, and Colin Jay, who says makeup can give men the power to control their looks.

That can happen, of course, when the stigmas against men and makeup loosen.

"When I was thinking about this collection, I asked a lot of the guys I went to school with, 'So what do you do if you have something on your face and you need to cover it up?'" Harry Brant told MAC. "I even asked my father, and he said, 'My mother used to have things that I would borrow from her.' Most of the time their girlfriend had given it to them, or they had taken it from their mother, but it was always easily accessible. And... no one cares."

The Brant boys are out to impart wisdom onto the male masses who may be interested in a little more coverage, an extra highlight on the bridge of their nose or a new eyebrow shape. As Harry Brant says in a video for the collection, "You use it as a form of self-expression."

Hard to argue with that.