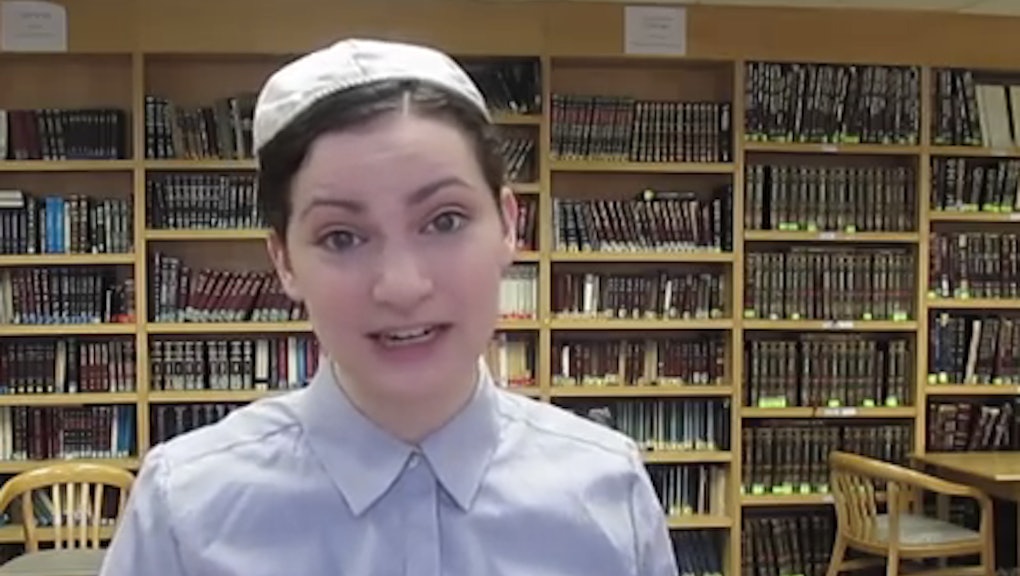 "I'm a bit feminist," Pope Francis said on Thursday, according to the Catholic News Service, ahead of his upcoming visit to the United States this week. It's a statement that may only shock few, given the many relatively progressive statements about feminist issues he's made, ranging from abortion to income inequality.

Despite his assertion, however, plenty are still skeptical whether the leader of a religion with a history of sexism can actually identify as feminist. It's skepticism, in fact, that extends far beyond this single leader or faith: Countless women who identify as both religious and feminist routinely face the disbelief that religion and feminism are compatible.

But, as several religious feminists of varying faiths told Mic, these identities are not mutually exclusive. In fact, each identity complements and even elevates the other.

Oil and water? Feminists are often encouraged to reject religion. Many believe feminists should remain skeptical of religion based on its perpetuation of sexism, and that women only identify as religious if they're unaware of this history. But religious feminists are certainly aware of this tension. Claiming their religious identity despite this reality is a deliberate choice.

Most traditional religions or dominations within religions have "strong patriarchal underpinnings" that can "create an unequal distinction between men and women," Rabbi Megan Goldman told Mic, and many religious practices and beliefs "were constructed at a time when women were not emancipated, were not educated and, for the most part, did not have a say or a voice."

But this seeming contradiction, Goldman noted, is hardly an anomaly in the context of the greater human experience. Religious feminists "are definitely living some contradictions," she said, "but we all do that in our lives."

Talia Lakritz, a college student and creator of a viral video about the obstacles of being an Orthodox Jewish feminist, agrees.

"People think that religious women aren't aware of how the patriarchy influences our traditions," she told Mic. "It bothers me, but the patriarchy is everywhere. That doesn't discount the beauty of this way of life."

Jamia Wilson, a feminist writer and a Christian, also noted that while she does separate her own identity from the "political church," the assumption that Christianity is inherently based on a narrow-minded political agenda is also damaging and inaccurate.

"I've found my religion and my faith to be something that is very beautiful and sacred and liberating for me," she told Mic. "I think it's important to talk about systems of oppression and institutions that use doctrine and scripture in order to oppress people and marginalize them, versus the actual belief or spiritual guidelines or past that people might have ascribed to a certain religion."

Mutual respect: Religious communities often reject feminism too. Others may feel or are taught that feminism is contradictory to their religious beliefs, like author and religious educator Jamillah Karim, who was raised Muslim and didn't encounter feminism until graduate school.

"Initially I was hesitant to embrace feminism, mostly because of feminist critiques of Islam and women," Karim told Mic. "I thought that to claim feminism would mean to adopt anti-Muslim perspectives."

An advisor eventually helped Karim understand how "Muslim women find gender liberation within Islam and use their faith, Quran and Islamic law to demand women's rights," she said, which was a framework that fit with "the African-American Muslim women converts who raised" her.

"To tell their stories and to resist mainstream feminist views of Islam, I had to claim and engage feminism," she said.

Growing together: These identities can be mutually beneficial. Applying a feminist perspective to religious study can affect how students learn and ultimately enact religion. Doing so "allows students to see [feminism] as a continuation of an already existing identity which is central and inherent to their being" and, furthermore, "tends to build community through the process," Goldman said.

Megan Sweas, Web editor with the University of Southern California's Center for Religion and Civic Culture, also found a way to enact her feminist principles within the context of her Catholic community. While growing up, she told Mic, she "saw the church as irrelevant on issues of feminism and behind the times when it comes to issues of women." But as she became involved in social justice endeavors that especially worked to elevate women and children in her Catholic community, she found that the two identities could, in fact, "speak to each other."

Wilson agreed that faith may also encourage feminists to act with more conviction.

"I always do a prayer before I'm going to speak truth to power or I'm going to push back on inequality I see," she said. For example, while participating in a pro-abortion rights protest, Wilson once pushed back on an anti-abortion activist who used Bible verses to insult and undermine her by citing a Bible verse herself.

"I said, 'No weapons formed against me shall prosper,'" Wilson said. "He was so surprised that I knew the Bible that we went back and forth throwing verses at each other. I found that to be a really empowering moment because it was a way to say, 'You don't own the Bible and you don't speak for all Christians.'"

Resistance by existence: Staying within historically patriarchal spaces may be the most feminist act of all. Ultimately, these women noted, rejecting religions just because they have perpetuated or still perpetuate sexism does little to help the populations marginalized within them. Committing to feminism in a religious space can be an activist endeavor itself and contribute to the progress of these communities.

The Roman Catholic Church is "one of the oldest religious institutions in the world, and it's going to take a while to change," Sweas said. Despite knowing she may not see change in her lifetime, however, she still believes claiming her cultural Catholic identity is beneficial.

Rather than reject her religion, Wilson also chooses to create feminist spaces within her community by participating in female-centric spiritual communities who discuss "the divine feminine" and "unearth the stories of women who are spiritual that have been buried and talk about our spiritual power and our spiritual connection," she said.

Lakritz has similarly found that creating female centric spaces and traditions effectively pushes back on existing sexism in her religious community. While recently in Israel, for example, she attended a woman's reading of the Book of Esther for the holiday of Purim — a tradition she had only previously seen performed by men. Seeing women read "a book about a female leader and heroine just made sense," Lakritz told Mic. "It was a perfect example of feminism enhancing one's religious experience, not hindering it, and I've participated in women's readings every year since then."

Lakritz agrees. "Feminism is about all women," she said. "Not just the ones you're similar to or agree with."