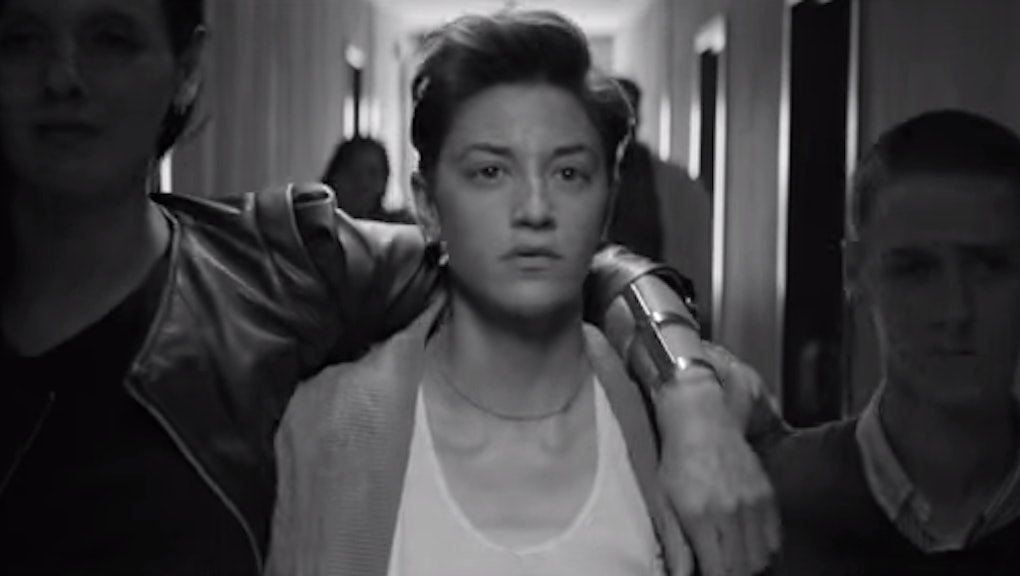 Lady Gaga's "Til It Happens to You," a heartbreaking song about sexual assault on college campuses across the United States, now has a powerful video to accompany it. The black-and-white video, released Thursday, follows four college students who are sexually assaulted and the depression and torment they experience afterward.

Twilight director Catherine Hardwicke directed the video. "I hope that this PSA, with its raw and truthful portrayals, will send a clear message that we need to support these courageous survivors and end this epidemic plaguing our college campuses," Hardwicke said in a statement, the Huffington Post reports.

The video opens with a warning: "The following contains graphic content that may be emotionally unsettling but reflects the reality of what is happening daily on college campuses." A description on the video's YouTube page reads, "A portion of proceeds from the sale of the song will be donated to organizations helping survivors of sexual assault."

The message of Gaga's song is simple: "Til it happens to you, you don't know how it feels," she sings.

The song was originally featured in the 2015 documentary The Hunting Ground, which explores the prevalence of campus rape in the U.S. The film includes two tracks by the "Bad Romance" singer, "Swine" and "Til It Happens to You."

Filmmakers said Gaga recorded a song for the documentary to boost the film's visibility. "The desire or aspiration was to have someone of major importance contribute a song to the film, because we thought that that would help the cause and help publicity," producer Amy Ziering told MTV in January. The Hunting Ground premiered that month at the Sundance Film Festival in Utah.

According to the group One in Four, rape is the most common violent crime on college campuses in the U.S. The center reports that 1 in 4 women will be sexually assaulted during her college career.

Gaga herself is a rape survivor and has spoken openly about the trauma that comes with sexual assault. The singer told Howard Stern last December that she was 19 when the sexual assault occurred.

"It happens every day, and it's really scary, and it's sad," Gaga told Stern. "It didn't affect me as much right after as it did about four or five years later. It hit me so hard. I was so traumatized by it that I was like, 'Just keep going.' Because I just had to get out of there."

Watch the full video for "Til It Happens to You" here: