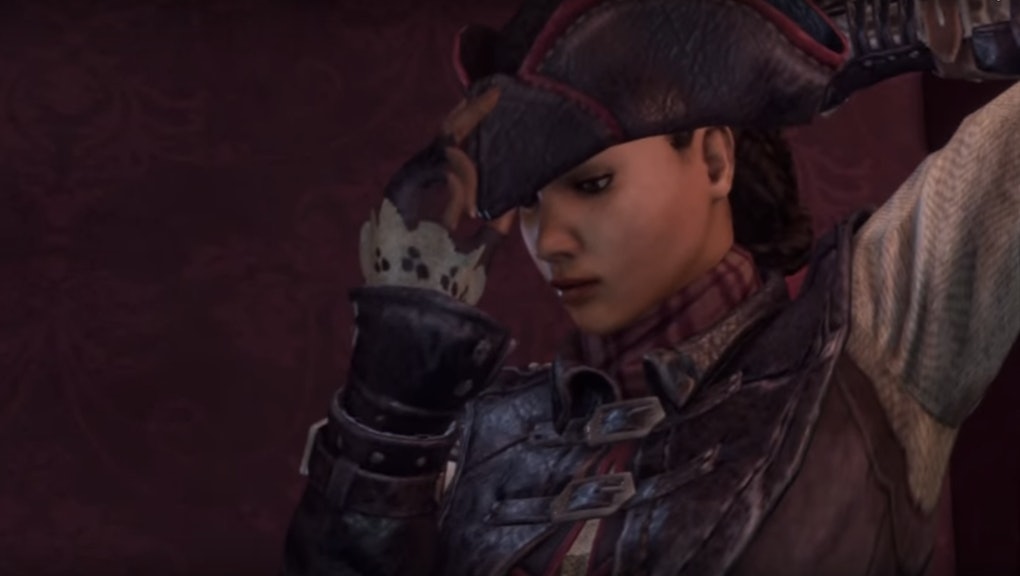 These characters stick out in our memories for a reason. They're timeless, popular and iconic. But each woman — and many other female video game characters — falls into a very narrow category. They line up with stereotypical depictions of femininity: They're overly sexualized, for example, or they're damsels in distress.

There's nothing inherently wrong with these representations. But more often than not, they're the only portrayals of women we see in games, which is where the problems start: Taken as a whole, they implicitly support the notion that those are the only roles women are capable of playing.

Happily, however, there is a selection of female characters out there that haven't been created with these tropes in mind. They're nuanced, complex and deep — just like the millions of women who play their games.

As the protagonist in Final Fantasy XIII, Lightning has seen her fair share of challenges. Like many women who don't respond to hard times by being stereotypically feminine (read: warm and fuzzy) she's been criticized for being a "bit of a bitch."

But director Motomu Toriyama sees Lightning differently. "In the past Final Fantasy titles, female characters in the leading role have traditionally been very feminine, kind of a girl-you-want-to-protect type of existence," he told the website Gaming Target. "For Final Fantasy XIII, Lightning is not only beautiful, but she's very strong. She has this independence."

Samus Aran is known for busting barriers. Her appearance in the first Metroid game in 1986 solidified her as one of gaming's first female protagonists, and she's made continuous appearances in the other installments of the series as well titles like Super Smash Bros. And while her depiction wasn't perfect — she was, after all, wearing a skimpy bikini underneath all that armor — her role as a kickass bounty hunter was groundbreaking for an era in which Princess Peach reigned supreme.

As the central protagonist in Primal, gamers can witness Jennifer morph into one of four demonic forms. As the blog Girl in the Machine put it, "[Jennifer's transformations] are not pretty. In fact, they're visceral, ferocious and ugly — a very rare sight for a female character. Her arms are bulging with muscle, and her face matches the feral nature of the species she emulates ... Girl looks like she can tear you to pieces. And it's awesome."

Batiste's adventures are based on those of Hélène Deschamps Adams, a real-life war hero who helped fight Nazi forces in World War II, who also provided guidance during Medal of Honor's creation. Her counsel during the game's creation gives both Medal of Honor and Batiste a distinctly real feel: She wears practical clothing and possesses a backstory that feels feels relatable, despite the fact that it was happening decades ago.

"I'm so glad we chose to tell her story," producer Scott Langteau told GameSpot. "It has been a privilege to meet and talk with women like her around the country."

Like Samus Aran, Kris is notable for her firstness: Upon the game's release in 2001, she became the first playable female character in the Pokémon game universe. Though she only appears in Pokémon Crystal, and her precise impact is difficult to measure, her appearance undoubtedly gave young girl gamers a character to latch on to.

Yes, Amaterasu isn't human — she's a wolf — but that doesn't take away from how fabulous, strong and intense this main character is. Using Japanese folklore and history to tell the story, Amaterasu's mission is to save the territory and its people from eternal darkness. She is quite literally our spirit animal. Just watch.

As one of very few playable women of color, Aveline de Grandpré occupies an extremely rare spot in the gaming universe. She travels through 18th century New Orleans on a mission to help free slaves; notably, she's also properly dressed for her role, wearing layers, boots and carrying an enviable weapons arsenal. (Later Assassin's Creed games caused an uproar because they didn't include playable women. "It was really a lot of extra production work," was the excuse put forward by Alex Amancio, publishing company Ubisoft's creative director.)

Players can choose to play Commander Shepard as a man or a woman, and the female version is known as "FemShep." Despite the fact that the male version commonly appears on the game's packaging and in its advertisements, FemShep is a fan favorite.

"Her heroism is direct and active and refreshingly free of being shoehorned into a direct mothering role like her obvious sci-fi sisters Ellen Ripley and Samus Aran," writes Richard Cobbett at EuroGamer. "Her achievements are recognized as the sum of many years of hard work and raw talent, with her gender never treated as a limiting factor. She's not simply the right woman for the job. She's the right human being, full stop."

Connors' appearance manages to be both feminine and utilitarian, without resorting to the intensely sexualized look of many other prominent protagonists. She wears cargo pants, a black tank top and a pair of sneakers, but she also has interesting tattoos as well as a sweet pixie cut. As one Kotaku headline put it, "Faith Is Not A 12-Year-Old With A Boob Job."

This cast of characters may be new to the game, but they're groundbreaking: FIFA 16 is the first in the series in which players can choose women's soccer teams as well as men's. It's about damn time, especially given the championship performance of the United States Women's National Team at the 2015 FIFA Women's World Cup.

Hellblade isn't out yet, but it sounds like a doozy. Senua, a Celtic warrior, will journey through hell — except this isn't hell as we know it. Instead, it's "a hell that is the manifestation of Senua's mental illness." Putting a character with this kind of very real complexity at the helm of a game is a ballsy but incredible move, and it's going to make 2016 an interesting and exciting year in gaming.

Art student April Ryan is blessed with an unusual ability: She can cross the "Divide" between Stark and Arcadia, two fictional lands in the game. She may only be 18, but she's been through the ringer, having spent her childhood dealing with an abusive and alcoholic father. Like other female characters on the list, she's complicated, multi-layered, brave and an excellent choice in protagonist.

13. Jade, Beyond Good and Evil

"Jade [is] a relatable protagonist who is defined by her professional talents, her altruistic convictions and her bonds with friends," Feminist Frequency's Anita Sarkeesian said in a video. Jade is a photojournalist intent on finding out the truth behind her government's relationship with alien visitors, and, as Sarkeesian points out, she's just like us: She's a "working class character with real financial struggles." (Her green lip color is a killer touch, too.)

Chell may be silent and backstory-less, but that makers her all the more imposing. She solves puzzles, deals with an insolent antagonist in the form of supercomputer GLaDOS and refuses to give up, getting by with the help of a gadget called a Handheld Portal Device and not much else. She's dressed the part, too: She wears a practical and relatively innocuous orange jumpsuit.

For young women everywhere, the literary character of Nancy Drew represented smarts, toughness and ambition. That drive was smartly translated into a series of computer games of the same name, where Nancy travels around the globe solving mysteries and kicking ass. Users play as Nancy herself, and her appearance is never revealed, giving players the freedom to imagine themselves as Nancy.