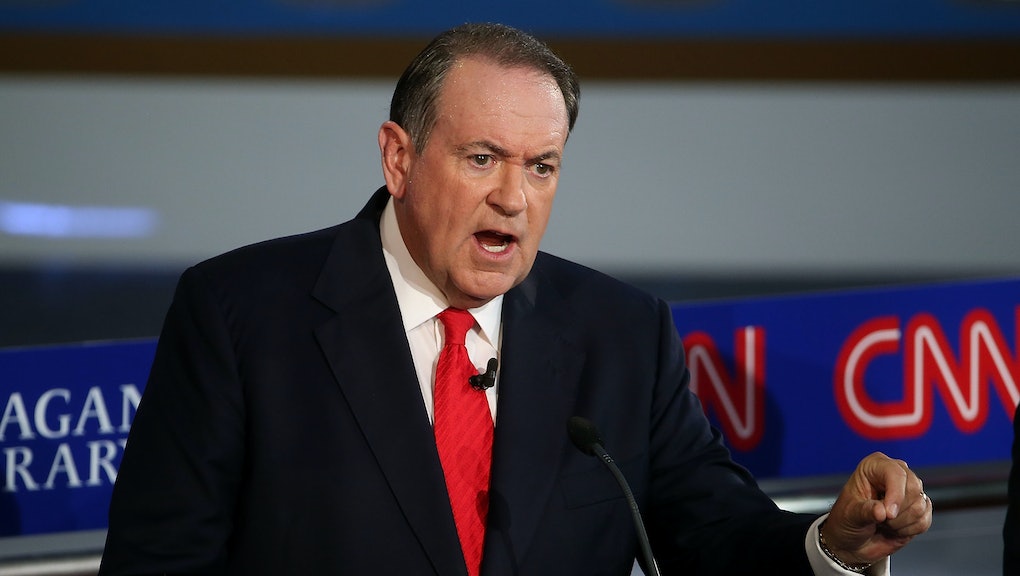 Republican presidential candidate and former Arkansas Gov. Mike Huckabee has gone on the attack against President Barack Obama, accusing him of "appeasing America's homosexuals" by nominating Acting Under Secretary of the Army Eric Fanning for the Army's top civilian job.

In a statement released to news media, Huckabee said the president was not acting in the best interests of the military. He wrote "homosexuality is not a job qualification" and the role of the Army was not to "conduct social experiments."

Huckabee left out, however, that Fanning already holds the second-most senior job in the department. Fanning has previously worked in senior roles for the U.S. Air Force and U.S. Navy, and also served as the Department of Defense's chief of staff.

Instead, the former governor will find a tough audience in the general public. Gallup polling in 2010 found 70% of respondents supported "allowing openly gay men and lesbian women to serve in the military," a trend that has been heading in that direction since at least 2008. Even back in 2006, Zogby polling showed 73% of service members were comfortable with gay or lesbian colleagues.

This pendulum won't be swinging back the other way. Social attitudes in general towards homosexuality are changing rapidly, with broad majorities of Americans supporting nondiscrimination laws that would protect LGBT people at their places of employment.