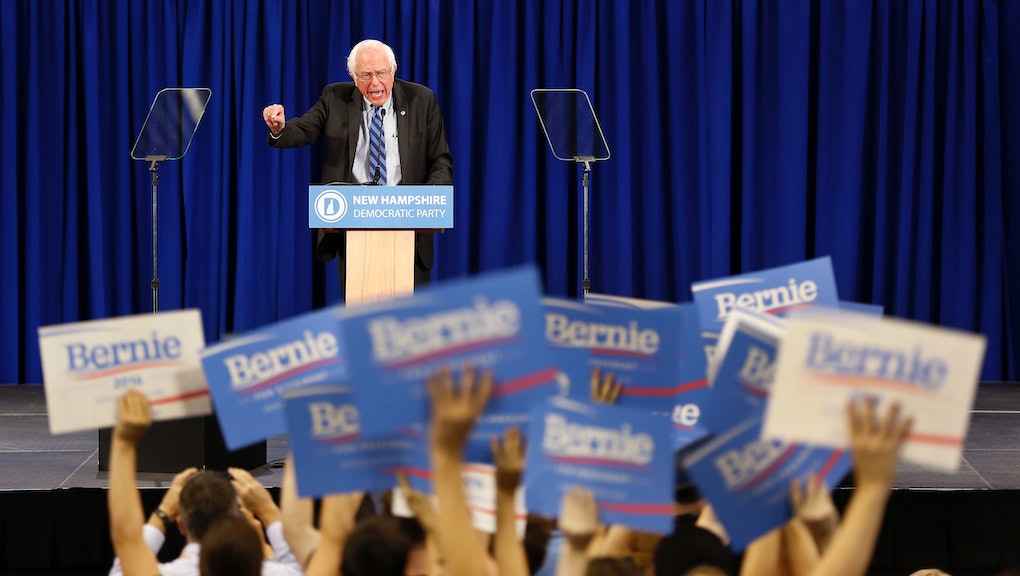 OK, maybe not all the celebrities — but at least 126 of them.

The letter reads, "We — the undersigned artists, musicians, and cultural leaders of America — are excited to endorse a new vision for our country."

"It's a vision that pushes for a progressive economic agenda. It's a vision that creates jobs, raises wages, protects the environment, and gets big money out of politics. We endorse Bernie Sanders to become the 2016 Democratic Nominee for President of the United States of America."

In 2012, President Barack Obama gathered at least 194 notable celebrities for his re-election bid.

While the stream of endorsements is doubtless excellent news for Sanders, the senator may have a more immediate concern in the tepid response to his candidacy from major Democratic Party figures. According to FiveThirtyEight''s endorsement tracker, Sanders has yet to gain a single endorsement from a sitting Democratic congressman, senator or governor.  Some of his colleagues in Congress and the Democratic Party have even publicly taken to calling Sanders unelectable.

Still, with Sanders dominating competitor Hillary Clinton by upward of 20% in New Hampshire and increasing his lead to 10% in Iowa, it's becoming clear that Sanders is still gaining momentum.

One endorsement Sanders will not be getting is actor and retired boxer Mickey Rourke's, who recently called Republican candidate Donald Trump a "big-mouthed bitch bully" and said he would be voting for "the black dude," neurosurgeon Ben Carson.