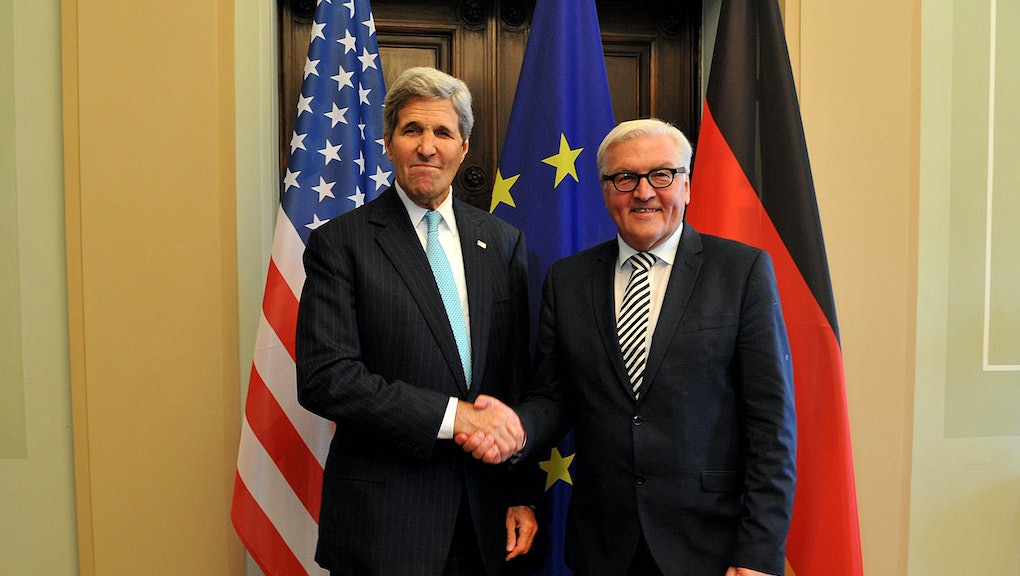 U.S. Secretary of State John Kerry has announced that the United States will dramatically increase the number of refugees it will allow to reside in the country over the next two years.

"This step is in keeping with America's best tradition as a land of second chances and a beacon of hope," Kerry told reporters. "And it will be accompanied by continued financial contributions to the humanitarian effort — not only from the U.S. government, but from the American people. The need is enormous, but we are determined to answer the call."

Many of the slots are likely to go to Syrians fleeing the four-year-long civil war between President Bashar al-Assad and militant groups like Jabhat al-Nusra and the Islamic State group. While the U.S. has only officially welcomed some 1,500 Syrians, the New York Times reports, the White House has committed to absorbing 10,000 more over the next year and more beyond that.

Kerry told the Associated Press a lack of additional resources for security screening made absorbing more than 100,000 refugees impossible without Congress' assistance. The news agency noted that even if all 30,000 refugees to be admitted were Syrian, "that number would pale in comparison to the hundreds of thousands that Germany is expected to accept, or the 800,000 Vietnamese that the U.S. resettled in the years after the Vietnam War."

According to the Washington Post, a presidential administration has the authority to resettle as many refugees as it determines necessary. However, like all other categories of spending is dependent on congressional approval to actually fund resettlement plans.

Europe, meanwhile, is struggling to absorb the estimated 475,000 migrants that have crossed the Mediterranean Sea in search of refuge. Some refugees have found themselves cut off as Hungary's right-wing government recently erected a manned border wall to keep them out, while the Croatian government recently sent police to guard the border. German officials expect 800,000 to 1 million migrants to arrive in their country over the next 12 months.