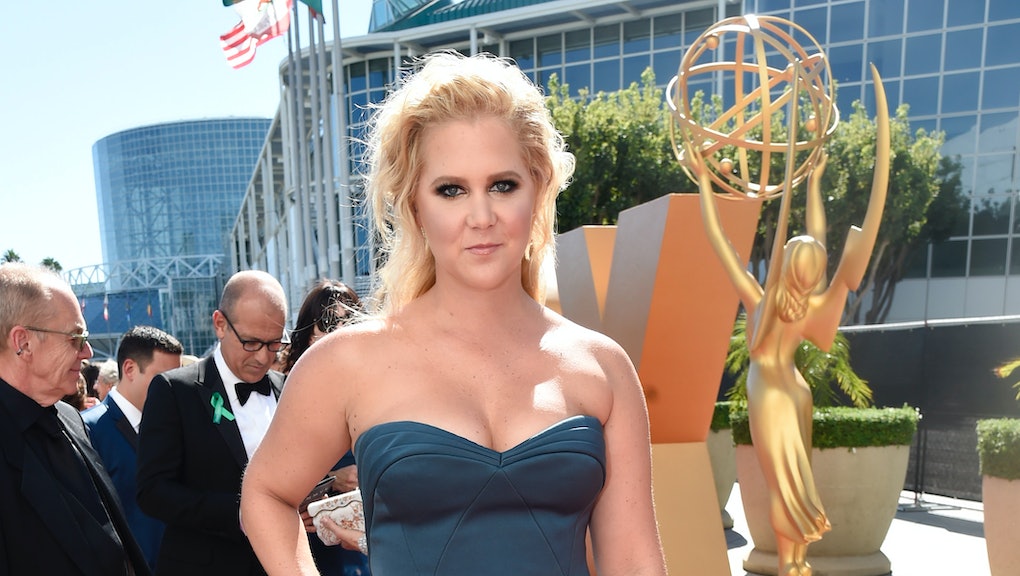 We'll be updating this story with highlights from the 67th Annual Emmys as it continues.

The first award of the 2015 Primetime Emmys went to Allison Janney for best supporting actress in a comedy. Janney, who won the award for her role in Mom, is now a seven-time Emmy award winner.

Diversity was a key talking point of the night. Not only did Samberg address the fact that this year's event boasts the most diverse season in the Television Academy awards program's history, but several other celebrities address diversity-related issues during their speeches.

Transparent's Jeffrey Tambor, who won the award for lead actor in a comedy, dedicated his win to the trans community.

Amy Schumer accepted outstanding variety sketch series award for Inside Amy Schumer, which was recently picked up for a fourth season by Comedy Central, according to Deadline. The star thanked her team, including her producers who collaborated on the variety show's development, as well as hilariously crediting the makeup stylist responsible for her "smoky eye" on Sunday night.

The heartfelt in memoriam reel, dedicated to beloved actors, producers, writers and others in the media industry who passed away in 2015, included Jan Hooks, Joan Rivers, Dick Patten and Leonard Nimoy.

Viola Davis blew down the doors with her acceptance speech for the outstanding lead actress in a drama series award for her work in How to Get Away With Murder. Davis, the first black woman to win the honor, quoted Harriet Tubman and discussed the challenges women of color face in Hollywood compared to white actresses.

In a surprise appearance, comedian Tracy Morgan announced the night's final award for outstanding drama series. Morgan, who sustained a traumatic brain injury in a 2014 car crash, took to the stage to thank fans for their support and joke about his relief when he discovered he was not at fault for the crash that caused his eight-day coma.

Below is the full list of award recipients from the night:

Outstanding writing for a variety series: The Daily Show With Jon Stewart

Outstanding lead actress in a drama series: Viola Davis, How to Get Away With Murder