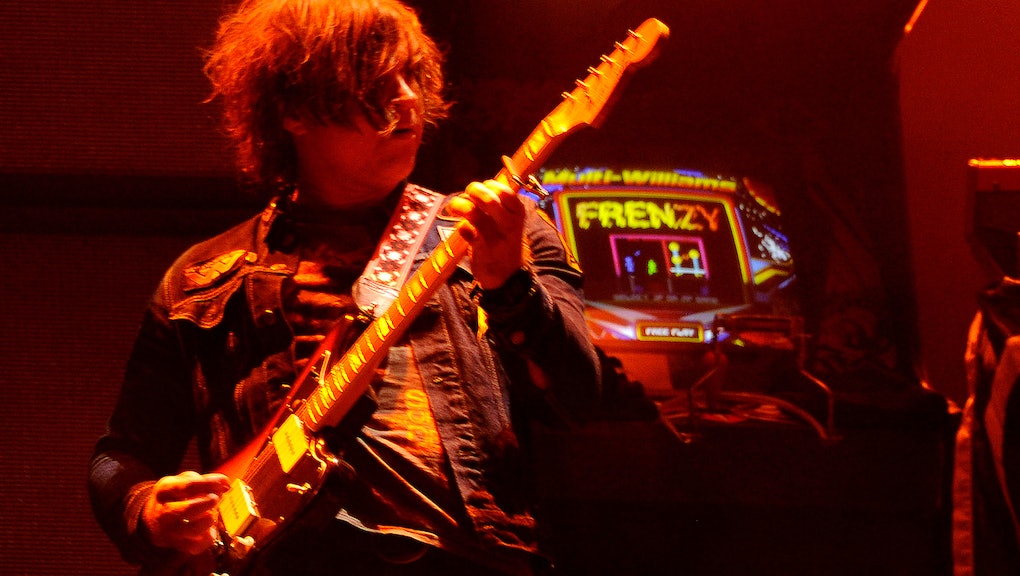 Back in August, when Ryan Adams announced he would be recording an album covering Taylor Swift's entire 1989 album, no one was more excited than Swift herself. "I'm not gonna be able to sleep tonight or ever again, and I'm going to celebrate today every year as a holiday," she tweeted when he shared his first few snippets.

A little over a month later, the album is here. Monday, Adams unleashed it upon the world, available to stream on both Spotify and Apple Music. He's officially earned a spot in Swift's squad.

A scroll down the track list and one can see how deep Adams has gone. The album translates every song and every lyric on the album into a dreamy blend of Americana, folk and rock. Adams described "Blank Space" as having a "deep-end Smiths vibe," and his "Welcome to New York" comes with a promise: "Guaranteed saddest version of 'Welcome to New York' ever — or your tears back," he wrote in an Instagram post.

Swift has supported Adams' throughout the recording process. After her initial elation, she helped build the hype by tweeting several countdowns, the final complete with cat puns.

It's a full circle moment for Swift, in a way. In August, Swift told Entertainment Weekly that Ryan Adams is one of the artists who helped shape her songwriting style. "My favorite part of his style of creating music is his ability to bleed aching vulnerability into it," she said. "That's what he's done with his cover project of my album 1989."

Hearing her music reimagined by the artist who helped build her talents offers an incredible window into the creation that is 1989. Adams' moody guitars and languorous vocals give a whole new meaning to "Shake It Off." It offers music snobs who felt too good to listen to 1989 the perfect opportunity get down with some Swift.

To celebrate the release, Adams will be appearing on Apple Music at 12 p.m. ET to talk about the album and the process. Swift is apparently making an appearance too. He'll surely welcome her to the studio with open arms.