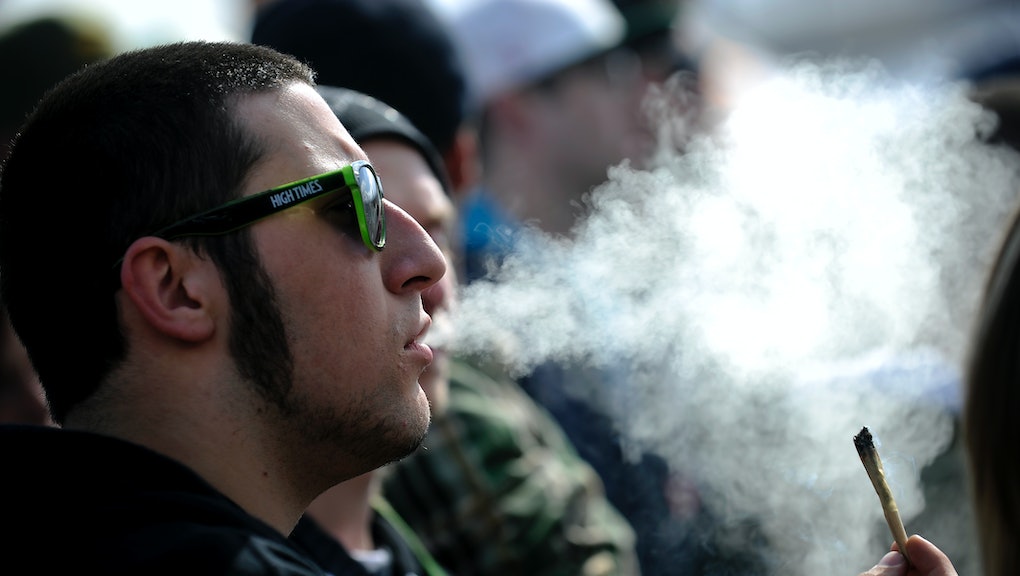 Genetically modified yeast that grows one of the world's most popular psychoactive substances is becoming a reality.

Scientists at the Technical University in Dortmund, Germany, have developed a form of yeast that can produce small quantities of THC, the primary psychoactive ingredient in the chemical cocktail present in marijuana.

The yeast is fed cannabigerolic acid, a chemical precursor to THC and cannabidiol. According to the New York Times, the eventual goal is to engineer a yeast that can produce marijuana from simple sugars, which would dramatically streamline the process and allow scientists to generate much larger quantities of THC.

Demand for the yeast is especially high because European and U.S. regulators hope to "create a steady supply of THC and other cannabinoids without actually cultivating marijuana," the New York Times reports. With such large supplies, scientists would have a much easier time testing the compound and its potential medical benefits without having to grow fields of marijuana plants, which could eventually make their way onto the black market.

Hyasynth Bio chief executive Kevin Chen, who is also developing yeasts that can grow THC and cannabidiol, told Mic via email about the yeast's myriad benefits:

The yeast process offers many advantages on research and production. On the research level, we can produce a wide range of the cannabinoid molecules in a very cost effective way. That means that researchers can study much more combinations and targets than before. On a production level, we provide a much cheaper, more versatile production process with a much higher quality product as an end result.

However, this kind of genetic engineering is rife with challenges and often requires extensive work before the resulting product is commercially viable. "It requires a lot of experience and extensive research to understand which types of changes you need to make to the yeast to make it grow a target molecule," Chen told Mic.

But Chen believes the work will be worth it, potentially offering benefits to both the medical and recreational marijuana sectors. He told the New York Times this yeast "could literally change the lives of millions."

"The cannabinoids have an immense medical potential that has still yet to be effectively implemented, despite both plant availability and pharmaceutical analogs. The recreational market is also of great interest and has many of the same issues as the medical market."

Still, as the New York Times reports, some strains of the marijuana plant already generate "30% THC content by dry weight" — so the yeast process will likely be more of interest in mass-producing other molecules found in weed with anti-seizure or anti-inflammatory properties, among others.