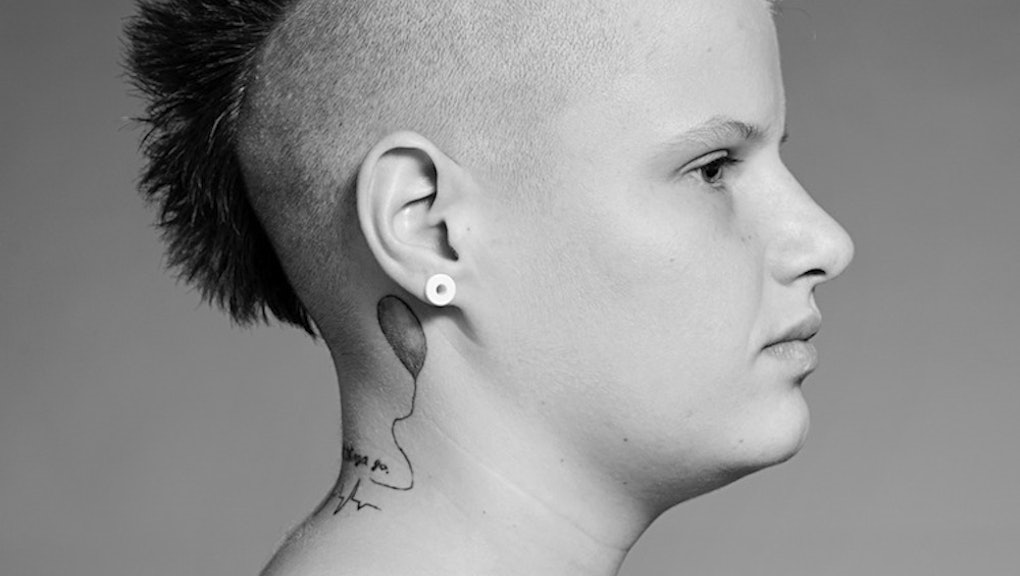 In 2010, Belgian photographer Farida Lemeatrag read a moving profile about a young transgender man. The story stuck with her, and two years later, as a student photographer, she decided to launch a project focused on the experiences of young trans people.

"These youngsters struggle for years with their identity," she told Mic. Her subjects, she says, "have to overcome a lot of obstacles and disappointment with their partners, parents and family."

From the outset, Lemeatrag worked to gain her subjects' trust and consent. Doing so, she told Mic, was "very difficult," and it was a "long time before I could earn their trust and could take their portraits."

She eventually demonstrated that her interest in these individuals' lives was genuine, and has built authentic relationships with the 25 young transgender individuals she's photographed so far. Over the past three years, she said, she's learned much about their experiences, which can often be difficult, just like their counterparts' in the United States.

Studies of young people's experiences in the European Union support Lemeatrag's anecdotal findings. A 2013 study by the European Union Agency for Fundamental Rights found that only half of transgender respondents were doing paid work, which in turn effected their ability to access basic services like health care. The same study also found that in the five preceding years, 38% of trans women and 34% of trans men had experienced violence or had been threatened with violence.

In addition to these external barriers, Lemeatrag witnessed her subjects work through "doubts about themselves" and the decision to undergo transition-related surgeries. The latter is a crucial choice given that in Belgium, where Lemeatrag based her project, transgender youth are legally required to attend years of psychotherapy (and possibly sterilization, according to Transgender Europe) to determine whether they want to go under the knife.

Given that difficulties like these are so frequently part and parcel of their experiences, Lemeatrag has consciously and thoughtfully approached her relationship with her subjects. Rather than simply provide blind emotional support, she frequently consults with a psychologist specializing in gender at the Ghent University hospital.

Ultimately, the photographer hopes her work will inspire viewers to "look at the youngsters and their transition without prejudice and learn more about gender identity and the long way they have to go," she said. "I try to raise awareness with the public and show them beautiful portraits with a soul."