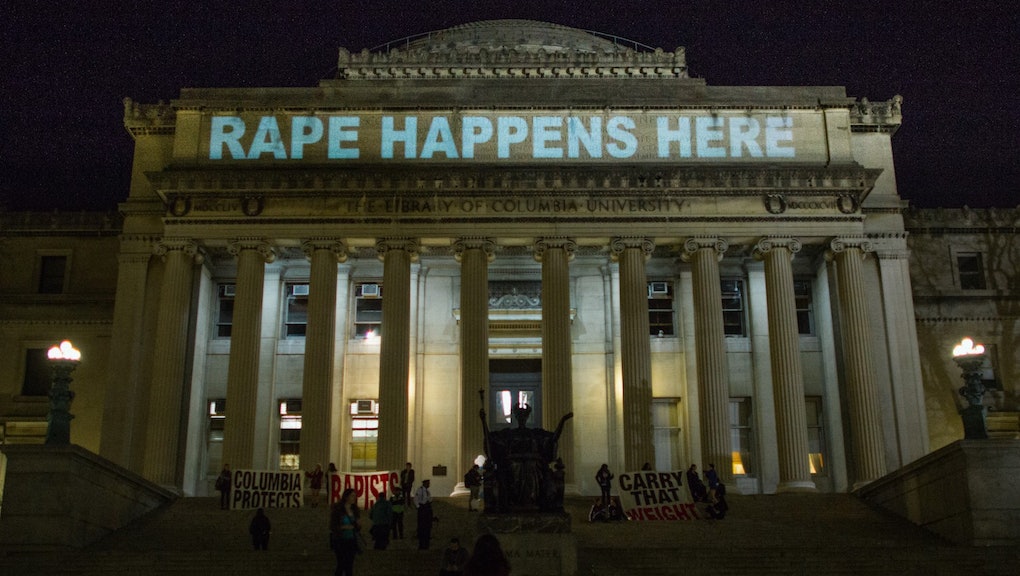 One in 5 college women will experience attempted or completed rape by the time they graduate. This statistic, based on a 2007 study conducted for the Justice Department, has been frequently reported as fact for years. Yet skeptics have also widely disputed it, often arguing that the number was too high. A new study released Monday, however, suggests that it was too low, and that college women may face unwanted sexual contact more commonly than previously believed.

A new survey of more than 150,000 students at 27 universities across the country revealed that more than 1 in 4 undergraduate women have experienced nonconsensual sexual contact, according to a new report by the American Association of Universities. This study also bolstered previous findings that freshmen women are at highest risk and that the crime is underreported, specifically finding that risk of sexual misconduct declined after freshmen year and that only 1 in 4 students who had these experiences said they reported their attacks to school or law enforcement.

There's more to this. Specifically, the term "sexual assault" was used to broadly describe activities that include technically noncriminal offenses, like unwanted kissing, the Daily Beast points out. The number of women who reported specifically experiencing an act that aligns with a criminal definition of assault was closer to 11%.

Such nuance is not uncommon among studies that examine a complex, stigmatized experience — and perhaps even unavoidable. Another recent study conducted by the Journal of Adolescent Health in May, for example, resulted similarly. It found that "an estimated 15.3% of freshman women reported an attempted or completed rape during their first year on campus," Mic reported in May, a number which "increased to 18.6% when researchers accounted for women who reported more than one event." That finding was also skeptically regarded, as the results were self-reported by a single class.

But as Kate Carey, the lead and corresponding author of the Journal of Adolescent Health study noted, disputes over the exact number of college women who experience assault on campus misses the point that the number should, in fact, be zero.

"If you swap in any other physically harmful and psychologically harmful event, a prevalence of 15% would be just unacceptably high," Carey said in a Brown University press release in May.

It's a point many activists on campuses across the country have spent years fighting to make. In fact, many have argued, while it's crucial to recognize survivors' experiences, true change must come from changing the conversation, in terms of demanding administrators to be more transparent and advocating for the education of assailants themselves.

Ultimately, this survey cannot and should not be the only evidence that sexual assault persists on campuses across the country. But it is an encouraging contribution to a growing movement to fight for campus students' safety and well-being.