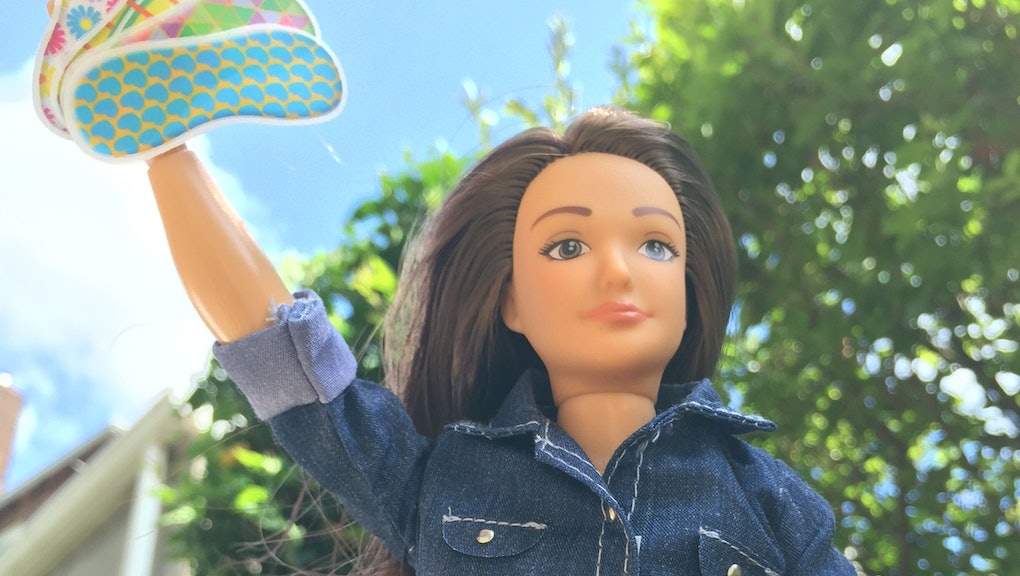 Meet the Barbie Doll That's Teaching Girls About Their Periods

And now, Lammily is getting her period.

For $10, children can buy a Lammily "Period Party" kit, which comes with miniature pads, underwear and a pamphlet explaining the menstrual cycle.

"I feel Lammily's 'Period Party' can introduce kids to menstruation in a very fun and disarming way, and give parents a very useful tool," Lamm said in an email sent to Mic. "What can be more disarming than a doll having menstruation?" (Unlike baby dolls of yore, which had the ability to eat, pee and poop, Lammily doesn't actually bleed, but Lamm's general point is well taken.)

Lammily's move to combat period stigma is the latest in what seems to be a current trend of celebrating, rather than shaming, women's menstrual cycles. Earlier this year we saw a woman's period-stained photo banned (and later reposted following extensive backlash) on Instagram, as well as a marathon runner unapologetically "free-bleeding" while competing in the London Marathon. We've even seen Disney princesses reimagined with period stains.

With this doll's new "Period Party" kit, Lamm is hoping to inspire the women of the future to understand and embrace their bodies' natural processes from an early age.

"I just don't think that something as core to a women's life and health as menstruation should be seen as embarrassing in any way, shape or form," he told Mic. "If it weren't for menstruation, I wouldn't even be alive right now! So why not celebrate it? Why not make it as accepted as any other bodily function?"

Lammily has also released a video called "Da Period Talk," which features parents schooling their daughter on her menstrual cycle to a sick, sick beat. Shedding your uterine lining has never been hipper: